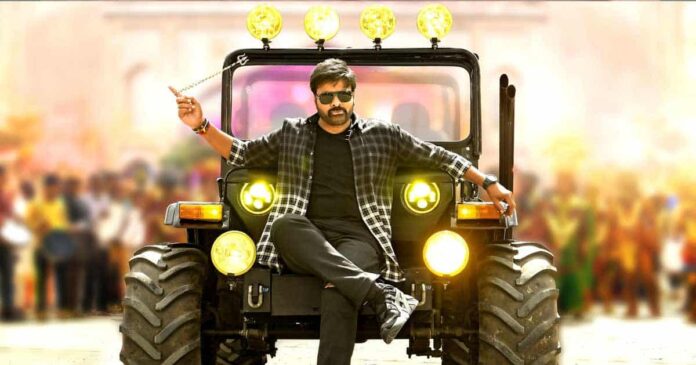 The megastar of South industry Chiranjeevi still looks like a young star even though he recently celebrated his 67th birthday. The actor doesn’t look back and till now he has gained a massive fan following, not just people from his generation, but even young people are his fans. Over the years, the actor has acted in some blockbuster films and today let’s have a look at his net worth and the assets he owns. Scroll below.

Born Konidela Siva Sankara Vara Prasad, the actor predominantly works in Telugu cinema, and till date, he has worked in over 150 films. After creating his magic on the big screen, the superstar made his small screen debut with Meelo Evaru Koteeswarudu, the Telugu-language adaptation of Kaun Banega Crorepati.

Chiranjeevi is known for redefining the Telugu cinema with his unique films and recently looked dashing in the first teaser of Godfather also featuring Salman Khan. If you’re unaware, the movie is the official remake of Mohanlal’s Lucifer. Now scroll below to check out Chiranjeevi’s net worth.

Chiranjeevi is known for acting skills in films, such as Tagore, Rudra Veena, Sye Raa Narasimha Reddy, Shankar Dada MBBS, Vijetha, Stalin and more. With such amazing films under his name, it is safe to say that his brand value has just increased. As per, Mans World India, the Megastar earns Rs 45 Crores annually, which makes his total net worth about Rs 1550 crore.

With such a humungous net worth, Chiranjeevi knows how to spend his wealth. As per reports, the actor owns a luxurious house in Chennai for Rs 2 Crores, along with a farmhouse in Bangalore and land at 4 different places worth Rs 13 crores. In 2019, the actor with his family moved to a massive bungalow in Hyderabad’s Jubilee Hills. The house which is 25,000-plus sq feet, costs around Rs 30 Crore.

Chiranjeevi is a man of class and style as he has some amazing cars parked in his garage. He has a Toyota Land Cruiser that costs around Rs 1 Crore, a Mercedes-Benz G63 AMG worth Rs 2.55 Crore, Land Rover Range Rover Autobiography for Rs 2.99 Crore, Range Rover Vogue worth 1 Crore. While the most expensive car the Megastar owns is Rolls Royce Phantom whose price starts from Rs 9.5 Crore and can go upto Rs 11.35 Crore.

Must Read: Salman Khan Rejected 20 Crore From Chiranjeevi For Godfather & His Reaction ‘If I Was To Ask You To Do A Role, Would You Charge?’ Enlightens His Golden Heart!