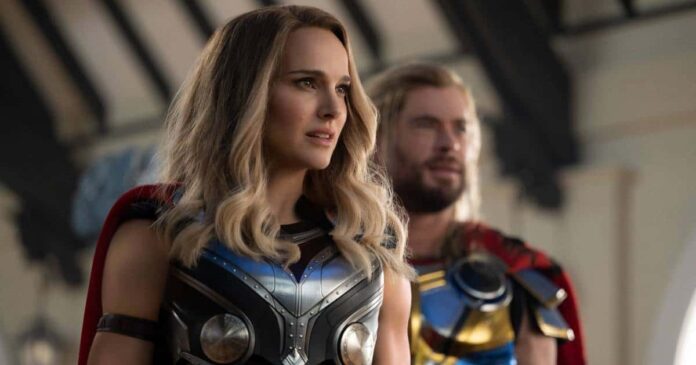 What a fall it is turning out to be for Thor: Love and Thunder. Had this been a Bollywood film then it would have made headlines all over and debates would have begun. However what is not being spoken about it is that from the first day of 18.20 crores, the Hollywood flick has come down to 4 crores in 5 days flat!

Though even in the past this has happened for a few movies coming from the West, the drop is not as significant as this.

In fact even Monday (6 crores) to Tuesday (4 crores) drop is significant, which makes one wonder where will Thursday end up. Hopefully, Thor will stabilise at least now and at least 3 crores more will come on both days. The film stands at 74.80 crores* now and the first week would close at 80 crores which would be quite good, though built entirely on the power of opening weekend rather than any word of mouth coming into play.

In fact whatever word of mouth that’s coming in is more about the disappointment that the Marvel film in which, at best, is a studio offering to keep the franchise going and not really an event affair that is much awaited. In its quest to keep rolling out movies at a rapid pace, one just hopes that the studio offers good content also consistently.

Must Read: Taika Waititi Is Ready To Return As Director For ‘Thor 5’ But Needs This One Condition To Be Fulfilled & It Has To Do With Chris Hemsworth