Shopping in Los Angeles: 5 Perfect Spots to Renew Your Image 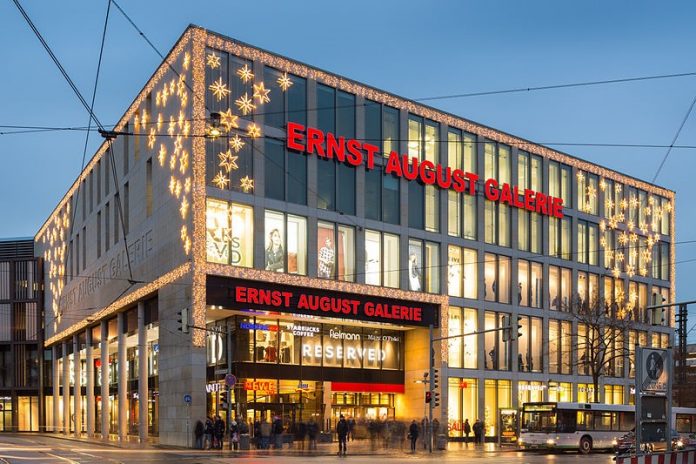 For many visitors, shopping is their main goal in Los Angeles. It’s the capital of the film industry and show business, so the streets of the city are literally flooded with boutiques and luxury shops, and each district has at least two large shopping centers on the territory.

This creates excellent conditions for those who want to purchase new clothes and renew their style. If you are an avid shopper and you have several friends who think like you, then immediately go to the numerous multi-branded stores of Los Angeles. But don’t forget to book 7 seater rental at LAX airport first to move comfortably between the shopping destinations of the city. Make a reservation on Rental24H.com, where a large number of cars from leading brands are at your disposal. With your 7 seater rental LAX you can have a huge amount of purchases and not worry about the space in the trunk, as such a car is very spacious and suitable for your shopping purposes.

If you have already booked a vehicle, then welcome to the shopping paradise of Los Angeles, and its best places to renew your image…

Just a 30-minute drive from Wilshire Boulevard is one of the best shopping centers in Los Angeles called Beverly Center. In this complex you can spend the whole day and not notice how time flew by. In addition to a dozen stores with clothes, shoes, accessories, appliances, Beverly Center has two well-known department stores – Macy’s and Bloomingdale’s, as well as a cinema and a number of cafes.

The Beverly Center has the following clothing stores: Banana Republic, Kenneth Cole, Bebe, Replay, H&M; shoes – Aldo and Foot Locker with a series of bright multi-colored sneakers; cosmetics – Sephora and Mac; underwear – Victoria’s Secret. The fans of clothing with fun prints or defiant inscriptions will love Up Against the Wall. There is even a store where you can buy pets. This is a Betlove store.

If looking for a designer dress – then go to Traffic store. It sells the best samples from such American and Italian brands as Alexander Wang, Alberta Ferretti, and Chloe.

Macy’s and Bloomingdale’s department stores are located on three floors of the center. They have an excellent selection of clothes of famous brands at affordable prices. Here you can buy products from Marc Jacobs, Michael Kors, BCBG, Alice + Olivia, Guess. Unlike Bloomingdale’s, Macy’s has a wide selection of cocktail dresses, office clothes, bags, and other accessories.

For some people, the Grove is just a shopping and entertainment complex in downtown Los Angeles, while for others it’s the whole pedestrian area filled with fashion boutiques, restaurants, various services and entertainment, as well as architectural compositions.

A special free tram travels between the complex and the farmer’s market to move customers around the complex. Among the stores of the Grove you can see Barnes and Noble, Apple, Michael Kors, GAP, Nike, American Girl Place and many other famous brands.

Restaurants at the complex include The Cheesecake Factory, La Piazza, Morels French Steakhouse, Maggiano’s Little Italy and other establishments. The main entertainment area is the Pacific Theater’s 14-screen cinema.

Westfield Century City is a leisure and entertainment complex located in western Los Angeles at the corner of Santa Monica Boulevard and Star Avenue. The complex was opened in 1964 and expanded in 1976. Over the years, more and more tenants have appeared in the center, mainly from network companies, for example, Silverwood’s, Harris & Frank, Bullock’s, The Broadway.

Westfield Century City has a convenient underground parking, access to which is open both from Santa Monica Boulevard and from Walk of Fame. The complex has more than 100 stores. The largest tenants are Macy’s and Bloomingdale’s – they offer clothes and accessories from many famous designers, including Louis Vuitton, Juicy Couture, Theory, and Swarovski. In the center there are also branded stores – Banana Republic, Bebe, Victoria’s Secret, GAP, H&M, and Sephora.

In addition to clothing, Westfield Century City has a good selection of electronics and digital products, which are available at Brookstone and the Apple Store.

The Premium Outlet Stock Center is strategically located just off several major highways, a 45-minute drive from Los Angeles, and another well-known city of Santa Barbara. World brand clothes are sold there at a 25–65% discount, so shopping at Camarillo Premium is worth the trip.

But this is not just a large collection of the best designer brands – it’s one of the most popular places to spend time in Los Angeles. Camarillo Premium Outlets host a variety of entertainment events throughout the year, including seasonal sales. The easiest way to get to the outlet is by a rental car.

Los Angeles is home to the legendary American Apparel brand. In the stores of this network, which are found in different areas of the city, you can buy almost everything, from ultra-fashionable leggings to denim shorts.

If you wish – go to the store at the American Apparel factory at 747 Warehouse St near the Greyhound terminal. Unlike many other brands of clothing, American Apparel products are made exclusively in the United States.