Coorg: Amazing Things To Know About This Beautiful Hill Station! 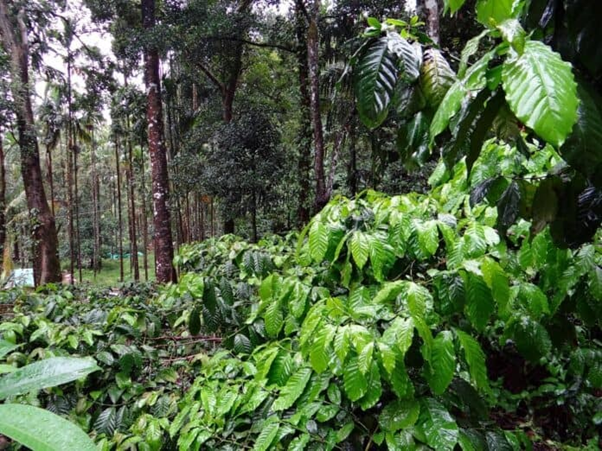 My first destination of this year with family was all about healthy pure oxygen. Coorg, “The Scotland of India” as it is known has ample of this.

The smallest district in Karnataka, India, is Kodagu, also known as Coorg. It is the least populous of the state’s 30 districts. It is located halfway between Mysore and Mangalore on the coast.

Mysore Junction, 95 kms away, and Thalassery and Kannur, 79 kms away, are the closest train stations.

Regular buses from Bangalore, Mysore, and Mangalore are operated by the KSRTC and private companies. There are many choices available, whether you want an overnight trip or a day trip. Just be sure to book ahead of time, particularly if you’re travelling on a weekend, since tickets seem to sell out quickly.

It’s about a 5- to 5-and-a-half-hour drive from Bangalore. One of the simplest routes is through Mysore, which also has a number of attractions worth stopping along the way. From Mangalore, it takes about 3 hours by road.

What is Coorg famous for?

Coorg’s primary crop is coffee. The air is thick with energizing coffee. In the best parts of town, coffee plantations and colonial bungalows are hidden under tree canopies. Apart from that, Coorg is well-known for its honey and handmade chocolates.

The Coorgi are a fiercely autonomous community made up of martial men and attractive women who are thought to be descended from Greeks or Arabs. They have a long history of hospitality, and they are more than happy to tell you about the courage of the men of this country. In reality, the Kodavus are India’s only citizens who are allowed to carry firearms without a licence.

River rafting, canoeing, rappelling, rock climbing, mountain biking, and trekking are only a few of the high-energy outdoor sports available in Coorg. Malabar squirrels, Macaques, wild elephants, langurs, and slender loris are among the species that can be found in Coorg.

Places to Visit in Coorg

Talakaveri is the starting point of the Kaveri River. The temple dedicated to Lord Brahma on the riverbanks here is one of only two temples dedicated to Brahma in India and Southeast Asia.

Bhagamandala is the place where The Kaveri and the Kannika rivers meet. This location is known as the Triveni Sangam because a third river, the Sujyothi, is said to join from underground.

Nisargadhama is a lovely island 28 kilometres from Madikeri that is well worth a visit. Stay in one of the treetop bamboo cottages and enjoy elephant rides and riverside boating.

Abbey Falls is located in Karnataka’s Western Ghats. It is 9 kilometres from Madikeri. During the monsoon, the flow is much stronger.

Among private coffee plantations with stocky coffee bushes and spice estates with trees entwined with pepper vines, the waterfall can be found. A hanging bridge was built directly across from the waterfall which stands broken now.  Hopefully, they will repair it before the monsoon starts. The falls were formerly known as Jessi Falls, after a British officer’s wife.

Dubare is known for its elephant camp, which is located on the Kaveri River’s banks. Trekking, elephant interactions, and overnight stays are all available.

Many wild animals and birds can be found in Dubare’s moist forest areas. Sightings of wild Asiatic elephants, as well as sambhar, spotted deer, tigers, leopards, wild dogs, and gaur, are common. These woods are also home to bears. The river is home to crocodiles. Many reptiles and non-venomous snakes live in the forests.

Peacocks, partridges, kingfishers, and woodpeckers are among the most common birds in Dubare. You can still go rafting on still water.

Iruppu Falls in the Brahmagiri hill range is a sacred Hindu site. The Lakshmana Tirtha River flows nearby, with waterfalls and a Rameshwara temple on its banks. This holy river is believed to have been formed when Laxmana, Lord Rama’s younger brother, fired an arrow into nearby Brahmagiri hill.

The Tibetan Buddhist Golden Temple is located in the Tibetan refugee settlement of Bylakuppe, near Kushalnagara. This is the place to go if you want to see some traditional Tibetan architecture and learn more about Tibetan culture. Furthermore, if you visit during the Losar (Tibetan New Year) festival, you will undoubtedly have a fantastic time.

Brahmagiri Peak and Raja’s Seat are two famous scenic spots in the region. The perfect time to visit Raja’s Seat is early in the morning or at sunset. Tadiyendamol is the highest point in the Kodagu region and is ideal for trekkers who enjoy adventure activities. The Barapole River provides whitewater rafting during the monsoon season.

Where to stay in Coorg?

Coorg has a number of premium hotels as well as a large number of homestays. You’ll find something to fit your budget, whether you’re in the mood to invest and relax or looking for a bargain. Depending on the sights you want to see and your budget there is no dearth of choice in Coorg.

When to visit Coorg?

Coorg is a year-round destination with a range of activities to enjoy all year. From November to January, the temperature drops to 15 degrees. During the monsoon season, which runs from June to October, you can enjoy waterfalls and whitewater rafting. When the coffee blossoms are in flower in February and March, Coorg is at its most majestic.

There are a few festivals that are celebrated with great zeal, and you’ll be fortunate if you can catch them at the right time. The harvest festival, Puttari, is held in November or December. In September, the Kodavas celebrate Kailpodh, a festival in which they honour their farming implements and weapons. In October, there is Dussera. In October, Cauvery Shankramana is the holiest holiday, and it is well worth seeing.

What to eat in Coorg?

Wherever I go, I insist on consuming only local cuisine. You can’t really appreciate a spot until you eat local food and interact with locals.

The Coorgis are serious foodies. A must-try is “Pandhi Curry,” a pork dish from Coorg. They also cook with mushrooms, pumpkins, tender bamboo shoots, ham, and mutton, and serve them with a number of rice-based dishes. Coffee is a traditional beverage in the area, and the region’s consistency is well-known throughout the world. It’s impossible to miss in Coorg.

Which is better? Coorg, Ooty or Wayanad?

It’s actually impossible to make a comparison. Both Coorg and Ooty are hill towns. Ooty has more lakes than Coorg, which has more waterfalls. However, Ooty is more commercialised. As a result, I believe Coorg is superior. Wayanad is as green as the other two, but it is more plains-based.