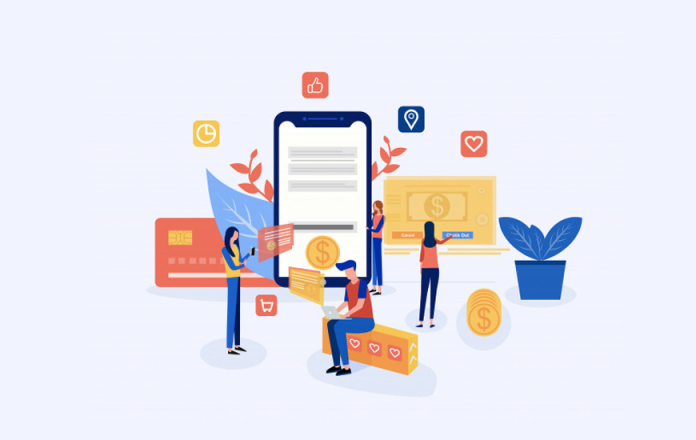 Paid subscription is one of the many options for app monetization, which has been gaining popularity lately.

Users of such applications subscribe – they pay a certain amount for access to the application within a month. In turn, application creators have to constantly work to retain customers and update their brainchild. In today’s article, we will try to understand why the subscription model is so popular.

A Vision Mobile study found that when compared to apps that make money from ads or paid subscriptions, subscription apps have two to three times higher profitability per user. And 50% more than in-app purchases. The income grows with each new user.

It is also a bonus for users that discounts are offered for longer periods.

Many apps offer discounts to users for a 1-year or 6-month subscription. Everyone wins: users save money; the developer has a reliable income.

At the very least, you will know that some users are guaranteed to pay in the next 6-12 months. Continued cash flow will offset the loss of discounts.

Engagement is often a major challenge for app creators. But the subscription model is easier: users pay to get access to all the features of the app.
Of course, it’s up to the developer to create an engaging interface and make sure the app is interesting to users. If not, they will simply remove the icon from the home screen.

The Complexities of the Subscription Model

This model also has its drawbacks. It is necessary to constantly update the content and add new features.

Since users pay for each period during which an application is available to them, they expect to get more value from such an application. The developer is simply obliged to regularly update the content and functional features.

It’s important to convince your audience that the app is designed for the long term by the best designers in UK. It is not necessary to release a new version every week, but at the same time, the application must be stable and constantly impress its subscribers with new features. Frequent updates and bug fixes are important.

You also need to establish contact with the user audience, regularly remind them of all the innovations that appear in the application.

Personalization will help with this: keep track of what kind of content or what features users prefer, report the release of updates via email.

It is important to properly organize the so-called onboarding (attracting new users) so that people understand how the application works and what is its use, and what, in fact, will have to pay for.

This is done differently in all applications. Spotify offers a premium service for 99 cents in its first month of use. Hulu provides 2 weeks of their streaming service for each new subscriber. Determining how long it takes users to become familiar with a service is not always easy.

In other applications, certain options may be provided free of charge for an unlimited period; but still more valuable benefits – for paying visitors.

“There is no universal data on how much premium features should be provided for free and for how long, and even A / B testing will not give an accurate answer. The main thing is that users should understand the benefits of your application, for what it is necessary for them to use it, sometimes for a relatively long time. ”

People often forget about apps that pay once. But those who buy a monthly subscription always expect a decent service for their money.

Support teams are not cheap to get work done, but since subscription apps have more active users, support will be very useful. The good news is that the continuous stream of subscriber income pays for the costs of the support team. And having effective support allows you to retain more customers.

Switching to A Subscription Model Can Provoke Unwanted Reactions

“Adrian Hone, the developer of Zombies, Run, who developed the fitness app Run, recalls the negative reactions from some users after the app changed its monetization model:

“People burst into torrents of abuse, we were called ‘greedy developers’. All our attempts to explain came across a categorical refusal. ”

Surprisingly, the developers of Zombies, run cared a lot about their players, who received all the content and functionality for free, plus a subscription to future content at a discount.

Many people simply do not like change, and some rage violently about any change.

When you are going to switch to a subscription model, users need to explain all the nuances in an accessible way. After all, they are your user base that will help you attract new fans.

What Type of Application Is The Subscription Best Suited For?

And while this model is applicable to almost any application, in some it looks more appropriate:

Content applications. Renewing subscriptions in exchange for new content is a tried and true way of doing business, and has proven its worth offline for years. The most obvious examples are magazines and newspapers. For digital content, this is also a perfectly suitable model, whether it be news articles, music, or video content.
Services. This category of applications includes many flavors, from file hosting to scheduling services. Another subcategory is productivity apps (Todolist, Evernote, and LastPass).

But you can’t just release a good service and then update it occasionally. Regular updates will be required to provoke a wow effect.

What A Subscription Is Not Suitable For

Games. Some games for consoles or PCs are subscription-based, and large-scale updates and additional content are continuously released for such developments. But gaming apps rely heavily on internal micro-transactions as a source of revenue.

Shopping apps. If people use your app for shopping, the offer to subscribe will look inappropriate (without additional features: discounts, free shipping and other bonuses).

Be that as it may, the subscription model is a solid source of income that attracts many developers. However, this will require constant content updates and new functionality and support to make the model truly effective.

Ethan Turner
Ethan Turner is proficient writer and has been working in the industry for over 2 years. He is writing for health care industries. His latest work published on Home Care Assistance blogs.

Did you know that the threat of cybersecurity attacks is increasing at an unprecedented rate? Individuals, companies, and even governments are all at risk....
Read more
Technology

Did you know that around 2.5 million people get victims of cybercrime? Many small businesses see their hard-earned money and labor stolen by cybercriminals. Your business needs...
Read more
Technology

SEO Technology: The Right Tools for the Job

If you're trying to find the best ways to promote your brand on the web, then you've likely come across SEO. Search Engine Optimization (SEO)...
Read more