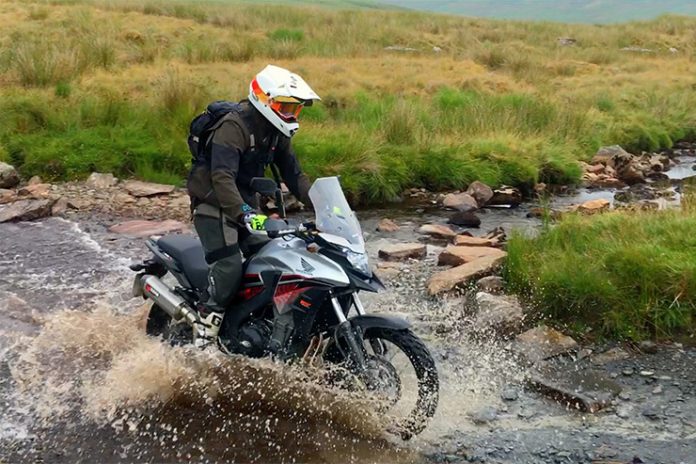 Let’s go outside and play in the dirt!

If you’ve ever tried your hand (or tyres) at off-roading, you already know that getting off the beaten path and exploring less-traveled roads can be a lot of fun. You get to make your own rules out in the open, in the middle of nowhere. I know I’m stating the obvious, but part of the thrill and difficulty is that the surface you’re dealing with isn’t the same as what you’d find on the roads. This implies that the way you behave and respond should also shift.

We’ve put together 11 pointers to help you get ready for the off-road.

It may sound too enthusiastic, but do not underestimate the dangers of being stuck in the middle of the woods or in the desert. Cell phone coverage will most likely be down to -3 bars anywhere you get into trouble, so now is not the time to worry about what you “might have packed.” Prepare yourself. Bring equipment, spare parts, a spare jerrycan, and a tyre patching kit, for example. It’s better to be over prepared than underprepared. It might seem obvious, but you’d be shocked at how many stranded people you’ll come across on your journey who could use a little extra fuel.

When going off-road, throttle and clutch control go hand in hand. Adjust the clutch lever to be controlled only with your middle and index fingers to make clutch control easier, particularly because you’ll be standing in the foot pegs the majority of the time. This helps you to operate the clutch without changing your grip on the handlebars, resulting in quicker and smoother responses. It also allows for a finer degree of control than using it as a simple on/off switch. All of this is particularly relevant at low speeds and when confronting difficult obstacles.

3. Speed Up and Lean Back In Sand/Silt/Deep Stuff

You learn to slow down for safety on the lane. That’s the best approach on large, heavy bikes, around smaller, heavier vehicles. On an off road mini bikes for adults, off-road? When you apply some pace, you become much more stable. The wheels’ gyroscopic force will hold you upright, and momentum will push you over or through rugged terrain such as deep sand. Moving the weight backwards has the dual effect of increasing leverage on the back wheel, where the power is applied, and removing weight from the front, allowing it to deflect and ride over the obstacles.

If you’re used to riding on the highway, this will be counterintuitive. Off-road, the lean angle is your friend; to turn, drive the bike as far to the side as possible while holding your body upright and on top of it. This completely utilises the knobs on dirt tyres and allows for quick control of the slides that make off-road riding so enjoyable.

5. When turning, keep your front brake off.

In a straight line, a dirt bike’s front brake can be used hard, so slow down before the corner, drive it down, and then power out. Alternatively, take advantage of the terrain by using berms or other similar features to capture and redirect your pace.

Of course, we learn that for street riding, but it’s much more important when off-roading, because you’ll want to look down at the ground ahead of you to avoid pointy rocks or cliffs, and to pick the best lines to overcome an oncoming obstacle. Force yourself to look up and concentrate on where you want the bike to go, not on the cow/cliff/boulder you don’t want to touch, just like on the track. Your body will move in lockstep with your head, and your bike will follow suit. This should be practised until it no longer requires conscious effort.

7. Place your feet on the foot pegs and stand up.

Standing up immediately lowers the centre of gravity; by standing up, much of your weight is now in your feet rather than on the seat, which might seem too easy if you started riding off-road, but most street riders are shocked to discover that standing up actually lowers their centre of gravity. Pinch the tank with your lower legs and knees while holding your legs bent; they’ll absorb the shock.

8. Shift Your Weight to the Outside Peg

If you want to make a U-turn? Pressure down on the outside (left) peg and move the weight to the left, serving as a counterweight to the gravity center’s natural shift towards the inside of the turning radius. More weight on the outside peg balances the bike, increases the grip, and holds the rider parallel to the ground.

9. Sit as far forward as possible in corners.

10. Take the initiative and lead the person in front of you.

When riding in a group, it is your duty to both alert the individual riding behind you of possible hazards and to ensure that they do not get separated from the group. If everyone follows this law, obstacles will be identified early enough for everyone to respond, and no one will be left behind. Even if you’re the second-to-last guy and have to slow down to let the slowpoke catch up, this rule can ensure that the guy in front of you slows down as well, and the guy in front of him slows down as well; this keeps the whole community together.

11. Indicate the size of your group

Have you ever come across someone riding in the opposite direction on a trail? It’s important to let them know how many bikes are approaching from behind so they know when it’s safe to re-engage the throttle. Raise the number of fingers on your left hand equal to the number of guys behind you. To signal “all clear,” the last rider in your party should lift a closed fist. There will be no high-speed head-on crashes this way. For more information, visit: https:/bestrecheck.com/

Karate Belt Ranking System: What You Need to Know

Karate is a powerful martial art that gives individuals the ability to defend themselves if necessary. Learning this martial art, however, is only the...
Read more
Lifestyle

f you're looking for some great ideas for gifting, you may want to consider Halloween mugs, custom candles, or a pumpkin spice cutout. These...
Read more
Sports

Did you know that over 24 million Americans play golf? Golf is a great sport that people from all walks of life can enjoy. Whether...
Read more