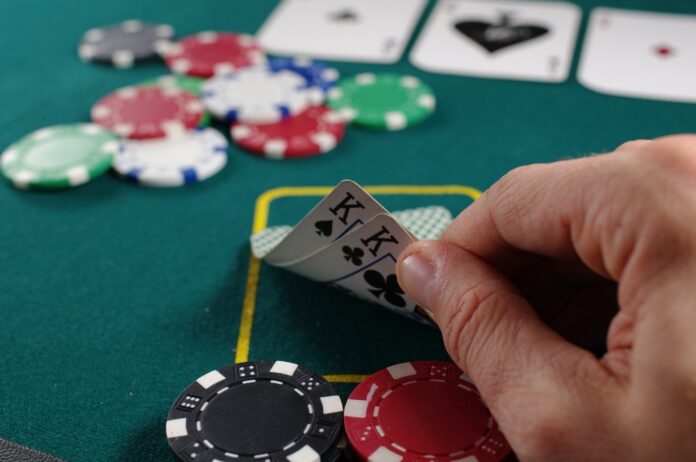 Poker remains an extremely popular game, especially among mobile players. However, after having spent a couple of months testing their skills against online competitors, some players may feel ready to go to a casino and start betting at a real table.

There are plenty of options to do this, whether you happen to live in a city filled with poker rooms, or you’re traveling to a resort destination where poker is very popular. Regardless of the location, however, there are a couple of things beginners should know before starting to play live.

During your first games, you may feel like you have to take extra measures to hide your hand, however, there are things players can’t do. For example, holding your cards under the table will be seen as an attempt at cheating. It’s better to keep things simple and slightly bend your cards once to check your hand. It’s an easy way to keep them protected and avoid slowing down the game. And if you are afraid of accidentally flipping them, it might be a good idea to practice at home.

Plan Your Next Move

Poker is not necessarily a fast-paced game, but it can be annoying to wait for someone who hasn’t realized it’s their turn. Pay attention to the other players and decide what to do, so you can fold, check or raise your bet in a quick and clear manner. Being caught distracted will make you look inexperienced at best, or as someone who is trying to intimidate other players at worst. In any case, it won’t make you any fans at the table.

Placing Your Bets in a Single Move

In order to show that you are paying attention, it’s also important to make your bet in a single movement. This may seem insignificant but placing groups of chips one after the other will look like you are trying to show off, and it’s against the rules. Players are also expected to announce their bets before placing their chips. Otherwise, the dealer may not even recognize the bet.

One of the reasons poker is such an easy game to get into is the simplicity of its rules. However, there are also some unwritten rules in live poker that you need to be aware of so as not to offend other players or get on the wrong side of dealers. These are known as angle shoots and involve giving a particular player an unfair advantage. Some of the most common are hiding high denomination chips behind small ones, or claiming they have a better hand before it’s time to show them.

Be Nice to the Dealer

Dealers are your best ally when it comes to learning the game and having fun. They will answer all your questions, as long as you don’t ask them in the middle of the game. They will also give you change and assist in any way necessary to make the game run smoothly. It’s also important to consider tipping them a couple of chips after a game. This won’t be seen as an attempt to buy them, but as a gesture of gratitude for the professionalism displayed during the game.

Playing poker at a casino can be the beginning of a life-long pass time. It’s also a very rewarding game and an excellent way to develop social skills. However, in order to allow everyone to have fun and avoid being accidentally kicked out of a poker room (even though casinos have become a lot more welcoming in recent years), it’s important to remember certain things. Something like not hiding your cards under the table or bragging about a hand you don’t have may seem unimportant for the beginner, but it will definitely set up alarms among the other players and even the dealer.

As a parent, you get used to dealing with tangible problems, such as tummy aches, that can be handled with constipation support...
Read more
Health

Best Body Pillow for Comfortable Sleep 2022. Whenever you consider the typical bed. You most likely envision a sleeping pillow enhanced with...
Read more
Business

Guide and Advice For Online Shopping of Baby Clothing