Paris Hilton’s Bodyguard Chases Her As She Dances At Coachella: Watch – Hollywood Life 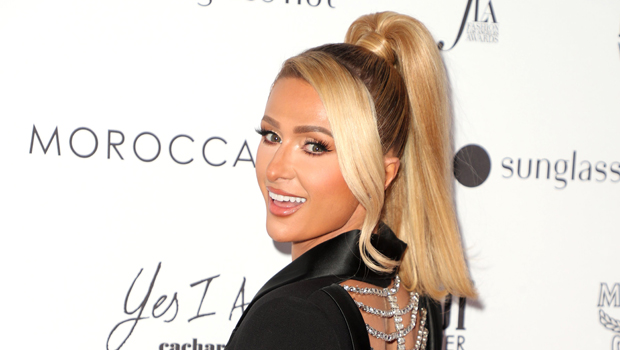 Paris Hilton is a free spirit — perhaps a bit too free for her bodyguard to keep up! In a now-viral video shared by Tiktok user @megcoss, the This is Paris star is seen dancing and jumping around at Coachella as her bodyguard tries to run after her to amid the crowd. “The way Paris Hilton’s bodyguard has to chase after her in the desert heat as she skips away,” the user wrote over the hilarious video of the heiress, dressed in an off-the-shoulder, sheer white dress. Paris also wore cute pigtail buns in a half-up/half-down hair do and carried a silver metallic mini backpack for the Indio, California music festival.

♬ Love You So – The King Khan & BBQ Show

The 41-year-old is definitely sliving her best life, but that’s always kind of a given for Paris! Back in February, the proud Aquarius celebrated her Feb. 17 birthday by visiting the tropics and showing off her stellar bod in several pics posted to Instagram. She soaked up the sun on a private boat and then took tot he beach, letting out her wild side by sporting a leopard print, high-waisted bikini set and matching flats.

Paris also modeled a beautiful monarch butterfly-patterned beach wrap in several of the photos, completing the look with a pair of triangular-shaped sunglasses and a jewel-studded headband. She had her hair up in a high ponytail and her long blonde locks flowed in the wind as she posed for her tropical photoshoot. “Birthday Girl in Paradise. 🌅🌊👸🏼👙☀️Thank you for all the birthday wishes!” the “Stars Are Blind” singer captioned her post.

In addition to her vacations and festival outings, Paris also made an appearance on Watch What Happens Live on Jan. 26 and revealed that she and Lindsay Lohan‘s previous beef has since been squashed. “I just feel that we’re grown ups now,” she shared with host Andy Cohen. “I just got married, she just got engaged. We’re not, like, in high school. I think it was just very immature and now everything’s all good.”

Elon Musk: 5 Things To Know About The Tesla CEO Who Just Bought Twitter