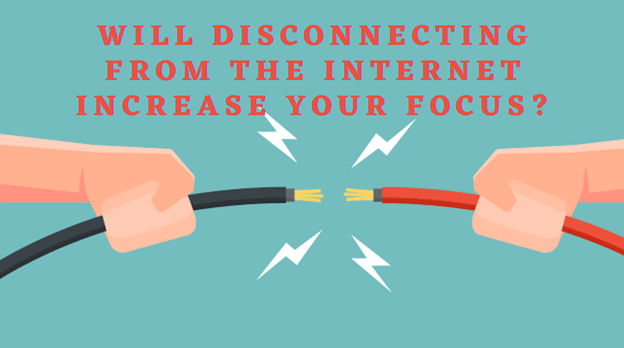 The internet is such a large repository of information with extensive data on diverse topics. It is like a fountain of knowledge everyone can drink from because it is an avenue for capacity development. It also grants access to helpful resources on skills and self-development. However, despite the sheer usefulness of the internet to human endeavor, one recurrent issue with it is the capacity to snag attention and interest for hours on end. In other words, while the internet has certainly been helpful to mankind in many ways, contributing to the growth of society, it is also a distraction. It has proven to be the cause of mental laziness, short attention span, reduced assimilation, and a sheer number of other deficiencies, especially among young people. The availability of information and colorful pictures can be quite fascinating, this could get so attractive to the extent that it affects the ability of the individual to focus on other important things. This perhaps explains why the use of mobile phones in schools tends to be prohibited and why an increasing number of people are turning to solo camping as a way to disconnect.

How the Internet Affects the Brain

The human brain is plastic in nature, and it can change its physical configuration to align with the regular activities it is subjected to. This feature of the brain which is also known as neuro-plasticity may also be used to explain the issue of addiction. When you begin to surf the internet consistently and daily, the brain can modify itself to accommodate such activity and within a while, the individual could develop a certain level of attachment to it that he/she eventually becomes an addict. This form of addiction to activity on the internet can lead to the deterioration of functional brain cells responsible for assimilation and learning.

The persistent use of the internet tacitly encourages multitasking and this could have adverse effects on the individual’s ability to concentrate on the task assigned to them. Social media itself can shorten your attention span due to the desire to keep up with news and posts of events across the world; they often do this intentionally, that is why an avid user may develop impatience while they intermittently hop from one social media platform to the other to keep up with the latest happenings.

Internet usage affects focus in two conflicting ways. In a way, it snags attention for several minutes and hours causing the individual to procrastinate on other responsibilities and tasks. In another, it can disrupt attention because it makes it difficult to focus on other important responsibilities and tasks that may even be helpful to the individual’s growth. Access to readymade information laden with beautiful images and accessible via a couple of taps or swipes on a gadget can be disruptive to focus if its use is not well managed.

How the Internet Transforms the Brain

The ability to develop a shorter attention span on anything other than the internet tends to also develop. This is why a student may be surfing the net when a lecture is in progress.

Instant access to information can disrupt the capacity of the brain to store information as it can make the individual lose interest in committing information to memory. This factor may contribute to cheating in examinations.

The internet does two things to the brain; it catches attention and then scatters it. Time management is a major issue when it comes to internet usage because indiscriminate access to the internet can snag focus and lead to procrastination and laziness. The amount of time spent daily surfing the internet could also account for bad academic performance even as students may resort to browsing every topic including those that require intuitive thinking. It could also lead to relationship issues because the internet begins to take the place of healthy human interactions. It is therefore necessary to exercise caution in its usage. The internet should be used with caution. It is open-source and as a result, just anyone could open a website and upload any kind of information on it even with little or no verification. Hence, it is necessary that the information obtained be crosschecked against others to confirm its authenticity.