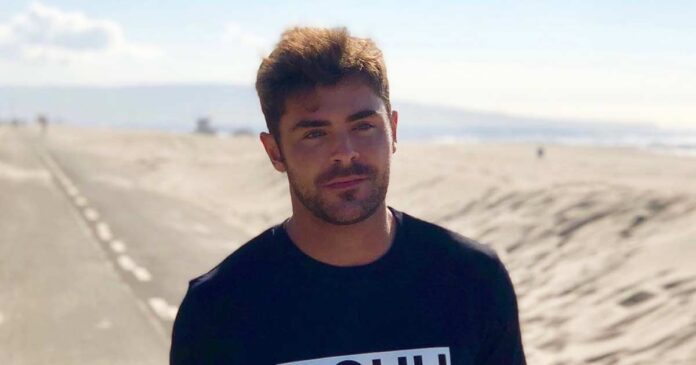 Actor Zac Efron has revealed that he ‘almost died’ after shattering his jaw and smashing his chin before undergoing surgery to fix his facial structure.

‘The High School Musical’ star turned heads when he made his first red carpet appearance in three years on Tuesday as he stepped out for the premiere of his latest movie, ‘The Greatest Beer Run Ever’, reports mirror.co.uk.

The actor was all smiles at the 2022 Toronto International Film Festival – a week after responding to rumours he had undergone plastic surgery on his face.

Since making his red caret return, rumours have been rife about Zac Efron’s surgery transformation as some fans of the actor have called him ‘unrecognisable’ after he unveiled his new face.

Following the ongoing speculation about the work that Efron has had done on his appearance, the Hollywood hunk has attempted to set the record straight by revealing the truth behind his surgery rumours, explaining that he went under the knife to fix his facial structure after he ‘almost died’ when he shattered his jaw and smashed his chin in.

The actor lifted the lid on the cosmetic procedure rumours in an interview with Entertainment Tonight when he revealed that he had no idea people were speculating about his appearance until his mother informed him on the matter.

“My mom told me. I never really read the internet, so, I don’t really care,” Zac Efron explained.

He found himself in agony when he slipped on a pair of socks while running at his home causing him to smash his chin into a granite fountain. He lost consciousness and woke up with “his chin bone hanging off his face.”

When Efron suffered severe injuries, the masseter muscles on the inside of his face and jaw then ‘compensated’ for his injury causing them to grow in size. This then resulted in his unrecognisable transformation, and why he looked so different at the time.

Fans had first suspected that he had had work done after his jaw line appeared different in a cameo appearance in Bill Nye’s ‘Earth Day! The Musical’ video.

While talking about Zac Efron, the High School Musical actor previously made the headlines after he talked about his Baywatch body was unattainable and that he is no longer interested in looking as muscly as he did in the 2017 film.

Must Read: Timothée Chalamet Finally Reveals Which Hollywood Actor Advised Him To Stay Off Drugs & Superhero Films, Any Guesses?