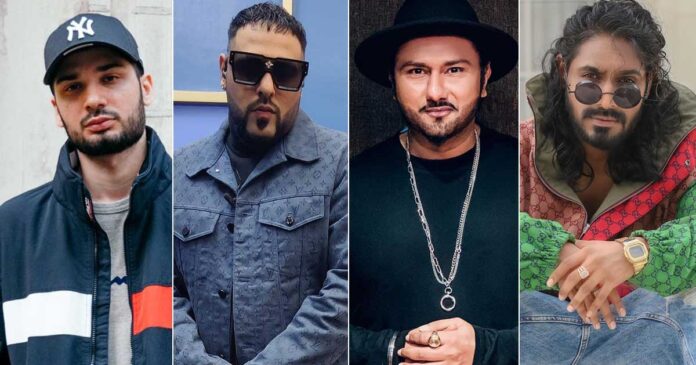 Honey Singh is one of the most prominent and famous rappers the Indian pop culture has ever seen. The singer was known for various hip-hop classics and is respected for his work around the country. Recently the singer was asked about working with fellow rapping sensation Badshah and here’s what he said.

The Blue Eyes singer has given fans multiple songs to groove on over the years which still go down as the most famous party songs in Indian pop culture. Read on to know what he now reveals.

As per a video by the YouTube channel Unlimited Entertainment, during an interview with Radio City India, Yo Yo Honey Singh opened up about the age-old question of collaborating with Badshah & said ” Aisa kuch nahi hai matlab, unka apna zone hai alag Bhai ka, wo apne maze mai apni zindagi ji raha hai, jo usska man kar raha hai wo kar raha hai, ab tho internationally kar raha hai, and i hope ki wo internationally zyada busy rahe, aur accha kaam kare, aur agar mai kuch karna chahunga tho kahi mill padenge.” ( Nothing like that i mean he has another zone and he is living his life as he wants to and he’s even doing well internationally now and i hope it stays like this and he works good, and if i want to do something, we’ll meet up). There have been numerous reports of both the rappers parting their ways from ever working together. But, with Yo Yo’s statement today, you never say never.

Continuing the interview, the topic of Mafia Mundeer came up when the singer was asked about how the band got disbanded. Honey Singh explained, “Dekho tuta tho bilkul bhi nahi, agar tuta hota tho aap baat bhi nahi kar rahe hote. Aur Mafia Mundeer koi band nahi tha, tabhi nahi tho mai in sabko contract deke sign kar leta. Maine eak platform banaya tha, Mafia Mundeer Maine eak nukkad banaya tha mohalle ka, jaha kahi ke bhi aake ladke ekhate ho jayenge aur baate karenge.” ( See it wasn’t broken at all, if it was you wouldn’t have been talking about it. And Mafia Mundeer is not a band, if it was a band I would have made them sign a contract. Mafia Mundeer is a platform that I created to bring in people from around and have fun conversations.)

For the unversed, Mafia Mundeer was a group of rappers which included Honey Singh, BADSHAH, Raftaar, Ikka, And Lil Golu. The group had the potential to go places but sadly could not do so as during 2012 all the rappers decided to go their separate ways and focus on their individual careers.