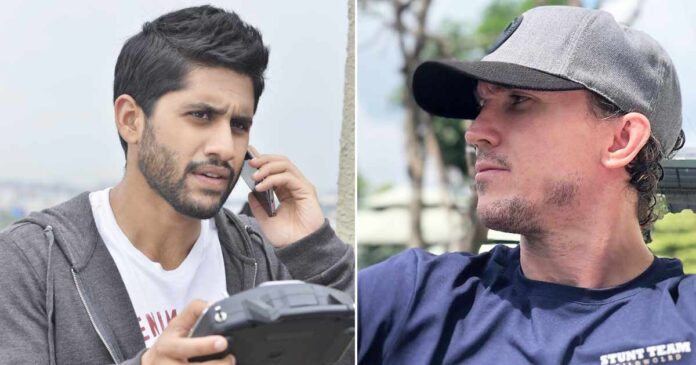 Tentatively being referred to as ‘NC22’, the film has triggered huge interest among fans and film buffs as this will be Chaitanya’s first Telugu-Tamil bilingual film. The film is also being watched by critics with keen interest as it is also Venkat Prabhu’s first Telugu directorial.

Yannick Ben is known for his phenomenal work in Hollywood films such as ‘Transporter 3’, ‘Dunkirk’, ‘Inception’ and ‘City Hunter’. He has also worked in several Indian films and web series. His addition to the team has raised expectations from the film.

Along with Yaanick Ben, an Indian stunt master has also been roped in for the film. Indian stunt director Mahesh Mathew will also be working on the stunts of ‘NC22’.

Young and talented actress Krithi Shetty plays the female lead in this film, which went on floors on Wednesday. The shoot, as planned, began in extravagantly erected sets at Ramoji Film City in Hyderabad.

Interestingly, Isaignani Ilaiyaraaja and his younger son Yuvan Shankar Raja are to compose music for the film together.

Cinematography for the film will be by SR Kathir and editing will be by Venkat Raajen.

Srinivasaa Chitturi of Srinivasaa Silver Screen is bankrolling the yet-to-be-titled film and Pavan Kumar will be presenting this ambitious project.

Must Read: Samantha Is Convinced To Get Married Again Post Her Separation With Naga Chaitanya?