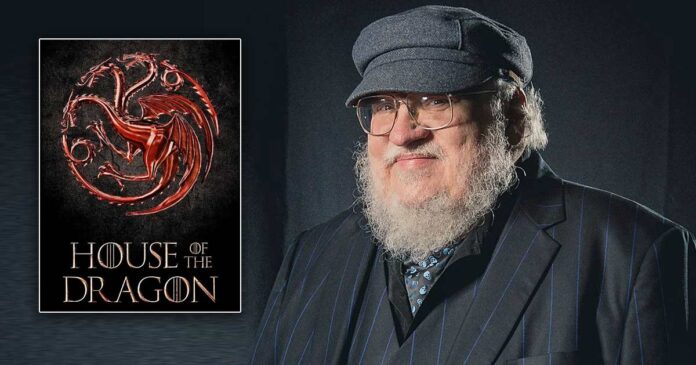 Novelist George RR Martin was a no-show at Los Angeles premiere of ‘House of the Dragon’, new ‘Game of Thrones’ spinoff series as he tested positive for Covid.

The author and creator of the fantasy world of Westeros tested positive for Covid in the days following his appearance at the “House of the Dragon” Hall H presentation at San Diego Comic-Con, reports Variety.

“I was going to start today by introducing George RR Martin and tell you how great it is to have George on the journey with us,” HBO and HBO MAX’s chief content officer Casey Bloys said, addressing the audience at the premiere on Wednesday evening.

“Unfortunately, George RR Martin got Covid at Comic-Con, so he’s not here. I think he’s feeling fine, so nothing to worry about. I wanted to tell you what a pleasure it is and how lucky we are to have the architect of this world on this journey with us,” Bloys continued.

“He has been fantastic.”

Last Saturday, George RR Martin directly addressed the topic of Covid during the show’s Comic-Con panel, sharing that he had been exercising caution and remaining socially distanced throughout the pandemic.

Martin stated that he had been spending a lot of time at his home in Santa Fe, electing against visiting the ‘House of the Dragon’ set during production.

George RR Martin also confirmed that he is focusing on completing work on ‘The Winds of Winter’, the long-awaited, ostensibly penultimate entry in his ‘Game of Thrones’ series of novels.

“You may not know but there’s this book that I’m writing, it’s a little late,” Martin said at Comic-Con. “I don’t see me visiting a set or doing anything until I finish and deliver that book.”

Ryan Condal and Miguel Sapotchnik, who serve as co-executive producer and co-showrunners on ‘House of the Dragon’, then took the stage at the premiere. The duo introduced the evening’s screening of the series pilot, which Condal wrote and Soptochnik directed.

‘House of the Dragon’ could not exist without the beautiful work and words of George RR Martin,” Conda said.

“We are incredibly grateful that he was bold enough to entrust his opus to me as the writer and Miguel as the director.”

‘House of the Dragon’ will debut on HBO and HBO Max on August 21.

Must Read: The Summer I Turned Pretty Season 2 Begins! Lola Tung aka Belly Shoots With Jenny Han For Second Instalment