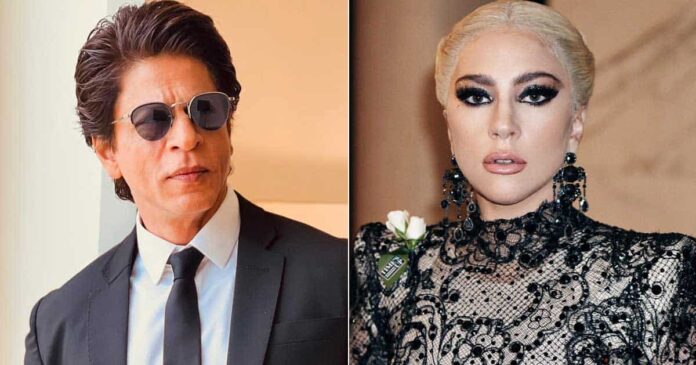 The King Khan of Bollywood, Shah Rukh Khan once landed into a big trouble because of his sarcastic interaction with Dua Lipa a few years back. But it was not the first time that SRK had left his fans baffled. It was when Lady Gaga had come to India visit, during an interview, SRK and Gaga interacted with each other and left their fans in awe with their sarcasm.

That interview between Lady Gaga and SRK had received millions of views because of every reason possible, from Gaga speaking Hindi to the duo’s sarcastic camaraderie.

In the interview, one of the fans had asked Lady Gaga whether she would ever date Shah Rukh Khan who had already been married to Gauri Khan. To this, Gaga had replied, “You’re married. Absolutely not!”

Shah Rukh Khan had shown his disappointment and had said, “Who told her about this marriage thing of mine?” To which, the Hollywood pop singer had said, “I’m a good girl, I don’t believe in that, I am a one-guy girl and very old fashioned that way, absolutely no way.” And SRK being SRK, joked, “You dashed my hopes to the ground.” Their conversation had their fans into splits.

Have a look at the conversation:

Shah Rukh Khan who never wanted to work in Hollywood movies had often got into conversation with many Hollywood stars. The interview had also caught the attention of many as SRK’s behaviour during gifting Gaga his watch was pointed out as inappropriate. It was mentioned that he forced on Gaga to take the watch.

What are your thoughts about Shah Rukh Khan and Lady Gaga’s conversation? Let us know!