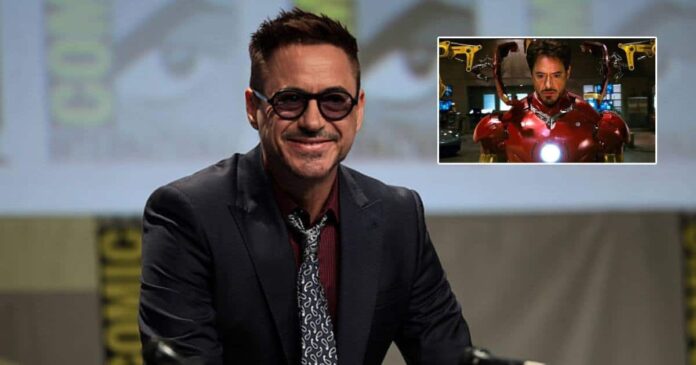 Every MCU fan back when Captain America: Civil War was released had a good shock when they saw Tom Holland join the universe. This was a nod to the fact that Marvel and Sony were now making films hand in hand and that Peter Parker was also partly their canon. Peter’s entry also meant Robert Downey Jr’s responsibilities were doubled. He was now a mentor to the newly assigned teen who had also fresh untamed energy. But this was also the time fans were confused if Iron Man aka Tony Stark knew more about what’s happening underground in New York City.

For the unversed Tom was introduced as the Spider-Man in the MCU by Robert. Tony Stark in a scene approached him to join and become an Avenger to fight Captain America and his motive to save his friend. This instantly made people realize that Downey Jr definitely knows a lot more than he reveals actually.

So when he sat down at the Captain America: Civil War conference, he was asked a question that stunned him and he did not have any answers for the same. Read on to know everything you need to about the same.

While Paul Bettany aka Vision was shocked that Robert Downey Jr didn’t have an immediate answer, the Iron Man came did have something to add later. As per Comicbook, he was asked about the happenings in New York City and what he knows that we don’t, he said, “Listen, if you know more about this stuff than I do,” Downey Jr. started to say. “You know what? Matter of fact, I embrace you! I want to.. You should find… Tell me everything I don’t know! Give me a complete education.”

Robert Downey Jr added, “Which brings me back to this point, This is Tony’s continued enlightenment. Tony is a guy essentially broken and narcissistic and over the course of all these movies, he’s kind of waking up to that and realizing it and just trying to heal and become a better person, which I think you see across the board for pretty much all the characters really. I guess the least informed version.”

Well, even Robert Downey Jr runs out of wit and comebacks sometimes.