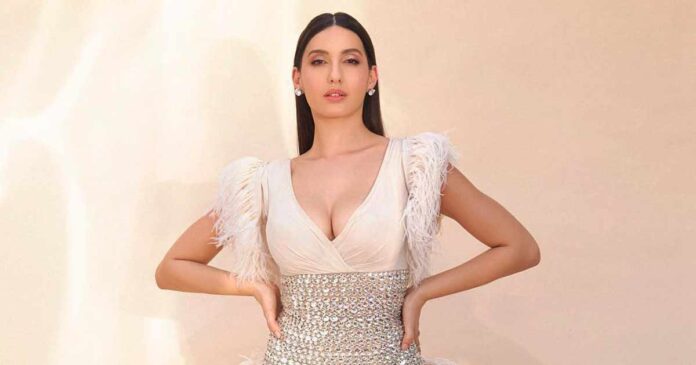 Nora Fatehi stuns wherever she goes, be it her public appearance, reality shows, or her dance moves in songs, the diva never disappoints. Over the years, she has struggled hard to reach a point where she’s considered among the top artists but do you know she worked as a waitress in Canada before the actress entered the Bollywood industry? This was revealed by Nora herself when she appeared on a cooking show last year. Scroll below to read more.

The dancer/actress made her debut in Roar: Tigers of the Sundarbans, she came into the limelight after doing item numbers in films like Temper, Baahubali: The Beginning and Kick 2. Later her life changed when she participated in Bigg Boss 9 and Jhalak Dikhla as the show helped her gain recognition due to which she went on to work on some of the hit films like ABCD, Satyameva Jayate, Bhuj and many more.

Last year, Nora Fatehi appeared on Star Vs Food season 2, where she showcased her culinary skills and made some mouthwatering dishes. At the same time, the actor spoke about the time when she worked as a waitress from the age of 16 to 18 as a side hustle. The Dilbar girl claims that’s a culture in Canada where everybody works just to make some extra money but at the same time, the actress states why it was a difficult job.

Nora Fatehi said “It’s very difficult to be a waitress. You have to have communication skills, personality, you have to be fast, you have to have a good memory. Sometimes, customers can be mean, so you have to be able to handle situations. But yeah, it was a side hustle, it was a way I was making money on the side. I think it’s a culture that we have in Canada. Like, everybody has jobs. You go to school, you work at the same time.”

Further, when she was asked about how she maintains her figure while being a total foodie, to this the actress reveals, “I come from a culture where (being) skinny is not good. We really love thickness and curviness in female bodies. For me, I am always trying to be thick and curvy and put on weight. That’s a cultural mentality that we have, that’s why we are constantly eating.”

On the work front, Nora Fatehi was most recently seen judging Dance Deewane Juniors along with Neetu Kapoor and Marzi Pestonji. While she’ll make a special appearance in Ajay Devgn and Rakull Preet Singh starrer Thank God, where she’ll groove on the Hindi version of ‘Manike Mage Hithe’ a hit Sinhalese song, crooned by Yohani.