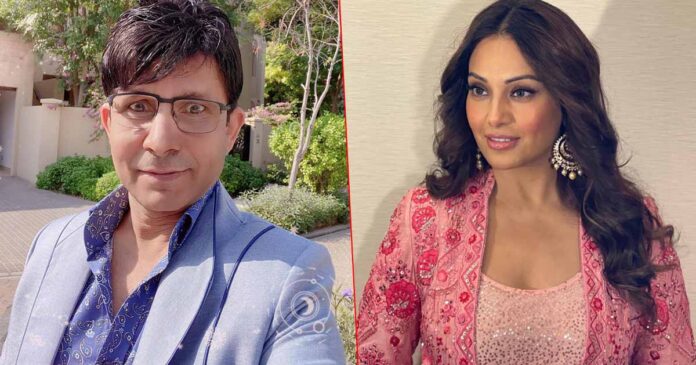 Kamal Rashid Khan aka KRK is well known for speaking or tweeting without any filter. Often he had picked up fights with Bollywood celebrities like Salman Khan, Kapil Sharma, and many others. He did not stop there. He even once targetted Bipasha Basu.

Deshdrohi actor and ex-Bigg Boss house inmate KRK has a long history of being a sleazebag with Bollywood actresses. He had previously taken a poll on Twitter about which B-Town actresses have bigger butts than Kim Kardashian.

Back in 2012, KRK shared a picture of papayas on Twitter, “These are as big as bipasha ke in bipasha song. #Jodibreakers” However, he deleted the tweet following a backlash. His distasteful tweet came a few days after he shared his obsession over the actress’ assets.

Did Varun Dhawan Just Hint At Sidharth Malhotra’s Wedding With Kiara Advani In Front Of The Actress? – Check Out Her Reaction

Kamal Rashid Khan had posted, “Believe me I go crazy when Bipasha move her b**bs on the song Bipasha of Jodi breakers (sic).” Take a look at the tweet below:

Believe me I go crazy when Bipasha move her boobs on the song Bipasha of Jodi breakers.

However, Bipasha Basu maintained her dignity of not responding to KRK’s sleazy tweets. Fans were quick to bash him for his tweets. In spite of the tweets, the Deshdrohi actor continues to be popular on social media and attacks celebrities on the platform.

Last year, he locked horns with mighty Salman Khan and had to face a defamation case filed by the superstar. He had to delete all videos featuring the actor from his YouTube channel. The self-proclaimed critic claimed that Salman sued him for his review of Radhe, but Khan’s spokesperson maintained that the case was filed for his claims about the actor and his NGO.

Taking to Twitter, KRK wrote, “Dear @BeingSalmanKhan I have voluntarily removed all my videos about you coz I don’t want to hurt you or anybody else. I will continue fighting the case against you in court. I will only review your future films if I will get permission from the court. All the best for the future.” He wrote in a follow-up tweet, “Your team can notify me if I have left any video on my channel which offends you so that I can delete that video also.”

The post When KRK Made A Sleazy Remark On Bipasha Basu’s Assets By Sharing A Pic Of Papayas: “These Are As Big As…” appeared first on Koimoi.