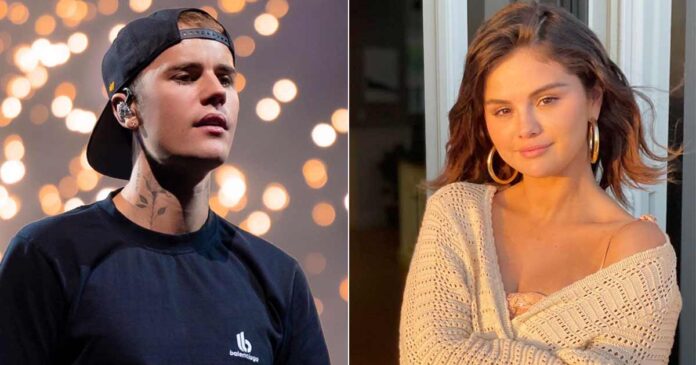 Justin Bieber and Selena Gomez went through several ups and downs during their on-and-off relationship. The former couple and their whirlwind romance had captured the hearts of their fans. Even though the two have gone their separate ways now, many still love the duo.

Being a celebrity of their status and fame, it was obvious that several rumours around them spread. From Justin allegedly cheating on Sel to speculations around a feud between Only Murders in the Building actress and Kendall Jenner over Bieber, many things made the headlines.

While talking about rumours, back in 2014, Justin Bieber and Selena Gomez made the headlines over alleged leak chats containing vile messages and n*de photos from Justin to Gomez. As per RadarOnline, the Baby singer had allegedly sent derogatory slurs and unwanted n*des to his then-girlfriend. A few screenshots were also shared of the same.

During the same year, Justin Bieber hit the headlines after Bieber’s house was raided by police after he was accused of causing $20,000 worth of damage to a neighbour’s home. “U need to grow the f*ck up. I hope you get jail time for the egging attack. U deserve it at this point,” Selena Gomez had said. Gomez further called Justin a “drug addict” and said, “you need help.”

“’F*CK YOU!!!!! I need to grow up? HA ok! Enjoy life withOUT ME B*TCH,” Justin allegedly said to Selena. “Can’t hear you over my cash, babe! You’re only famous cuz of me. You know it. I know. Everybody knows. Bye. … Go f*ck someone else. Keep that talentless p*ssy away from me!” he continued. It was also said that he sent d*ck pics to Sel.

However, soon after these screenshots went viral, a rep from Selena Gomez’s side said that these texts are “not real.” While Justin Bieber never addressed them. Stay tuned to Koimoi for more!