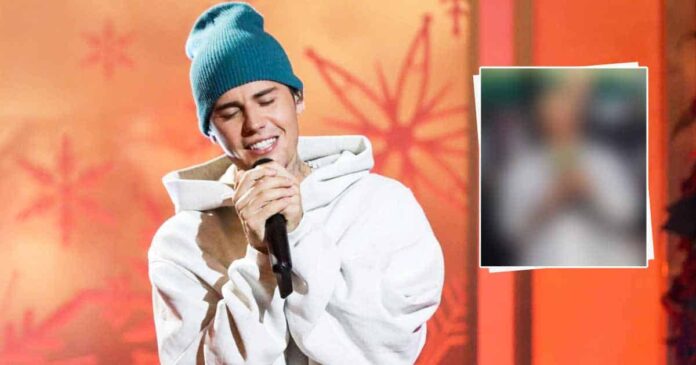 Justin Bieber is undoubtedly one of the biggest artists in the world. He achieved success at such a young age and is still dominating the hearts and minds of his fans across the globe. Today, we bring you a throwback to the time when he was taking a stroll in the streets of Los Angeles in 2017 with a wet stain on his d*ck area which started a meme fest on the internet with netizens saying that the singer peed in his pants. Scroll below to read the scoop.

Justin is really popular on social media with over 251 million followers on Instagram. The Canadian singer is also very active on the photo-sharing site and often gives a sneak-peak to his fans of his personal and professional life there. His PDA with wife Hailey Bieber is also one major reason why fans can’t get enough of his Instagram feed.

Now coming back to the topic, in 2017 Justin Bieber was clicked having a green smoothie or a juice from the looks of it on the streets of LA. The pictures immediately went viral on the internet as there was a wet stain on the d*ck area which also started a memefest on social media.

Justin Bieber was seen wearing a white t-shirt that he paired with grey coloured sweatpants and a denim jacket to top off the look. He styled the look with grey and red coloured shoes and also donned glasses with the look.

Take a look at his pictures below:

waiting for the media headlines with “Justin Bieber peed his pants while walking down the street in LA” lol… pic.twitter.com/0vkWSPeWuW

Later, he shared a meme on his own pee incident on Instagram. Take a look at it below:

What do y’all think about the wet stain on Justin Bieber’s d*ck area? Tell us in the comments below.

Must Read: Chris Rock Reacts To Will Smith’s ‘Unacceptable’ Apology, Says “Everyone Is Trying To Be A F*cking Victim”