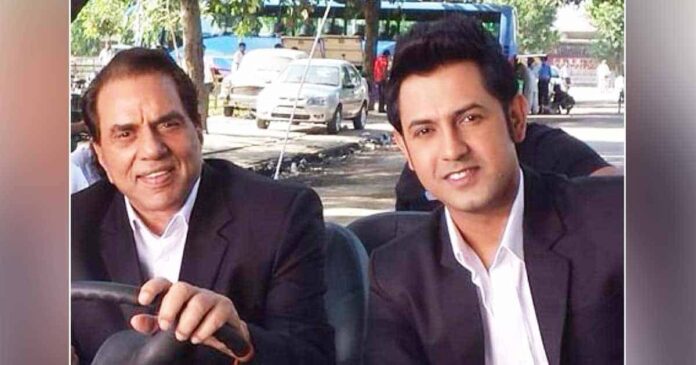 Gippy Grewal is quite a renowned name in the entertainment industry now. Even if he started his career with Punjabi films and music, now he has acquired his name across the nation. In a recent media interaction he shared a past incident from the time when he was not famous. It’s quite heartwarming, read below to know.

Gippy Grewal had visited Bollywood stars’ houses back in 2005 when he was nothing. And in a recent media interaction, the star revealed his experiences.

Recalling the incident to Mashable India, Gippy Grewal shared that he and his cousin was travelling in a rickshaw and had visited Amitabh Bachchan’s house and had asked for the actor, but the security had turned them away. He shared, “We then asked him if Jaya ji was home, he said no. We asked him for Abhishek, he said no. We then went to Dharmendra ji’s house,” but there also the security had sent them away.

However, years later when Gippy Grewal became renowned and got access to all the stars, he revealed the incident to Dharmendra with whom he had worked in the 2014 Punjabi film Double Di Trouble. Talking about how Dharmendra reacted in the same interview, Gippy shared, “He was in Chandigarh one day and there was a dinner at my house. That’s when I told him about the time I visited his house for the first time. He got so emotional. He had tears in his eyes. He said, ‘Why did you tell me about the incident? I won’t be able to sleep now.’ I said, ‘Paaji you did not know me. So many people come to your house. Leave it’.”

Gippy Grewal was recently leading the headlines for his involvement in Laal Singh Chaddha‘s Punjabi dubbing. However, what do you think of Gippy and Dharmendra’s sweet bond? Let us know!