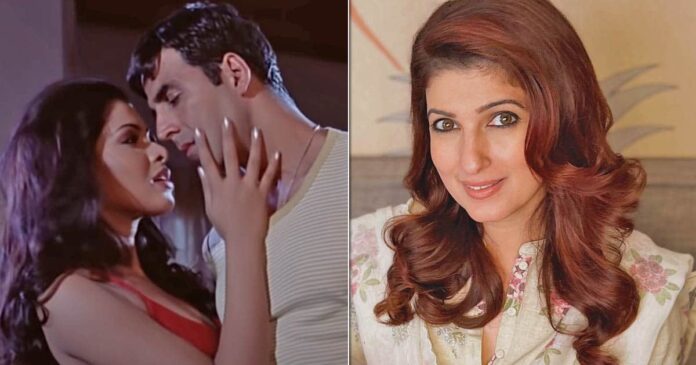 Suneel Darshan’s directorial Barsaat, which is a musical love story, was released in 2005. The film starring Bobby Deol, Bipasha Basu, and Priyanka Chopra was a sleeper hit at the box office but the song ‘Barsaat Ke Din Aaye’ was a chartbuster. But did you know Akshay Kumar was the first choice for the film? Scroll down to know more.

It is said that veteran filmmaker’s Jaanwar (1999) revived Akshay’s career. Since then they have worked together in several films. The two have worked together on films like Ek Rishtaa (2001), Talaash: The Hunt Begins… (2003), Dosti: Friends Forever (2005), and Mere Jeevan Saathi (2006).

Suneel Darshan wanted to cast Akshay Kumar in his film Barsaat. In fact, the superstar even shot for some portions of the film including the title track with Priyanka Chopra. However, he walked out of the film and Bobby Deol came on board. Akshay’s exit from the film at that time was the talk of the town. It was at this time several tabloids reported that the superstar was having an affair with Priyanka Chopra.

When the rumours were rife, Khiladi Kumar was already married to Twinkle Khanna and she had barred him from working with the actress. The Sooryavanshi actor at that time denied this rumour but now the filmmaker spills the beans about why the superstar walked away from the film.

Suneel Darshan said, “Akshay Kumar went through a personal dilemma. We started shooting with Akshay and Priyanka. We shot a song with them. After that, the film kept getting delayed as Akshay had to sort out his (family) problems. It was a grave domestic issue for Akshay. Otherwise, he’d have never walked out of the film. He couldn’t have let me down after the way I’ve stood by him over the years. The provocation had to be very serious. When a filmmaker invests so much in a film, he’s within his rights to expect loyalty from his actors. But then personal dilemmas have to be sorted out before professional loyalties are considered… I don’t blame Akshay for anything. But yes, firstly he insisted that I sign no actor but him. Then he drops out. Thank God Bobby bailed me out. Someday I’ll edit the song I shot with Akshay in Barsaat and use it somewhere.”

Interestingly, Katrina Kaif was cast for a role in Barsaat but after Akshay walked out the film and film were delayed. Katrina faced date issues and was eventually replaced by Bipasha Basu. The film was also the last collaboration of Akshay Kumar and Priyanka Chopra. The two haven’t worked with each other since then.