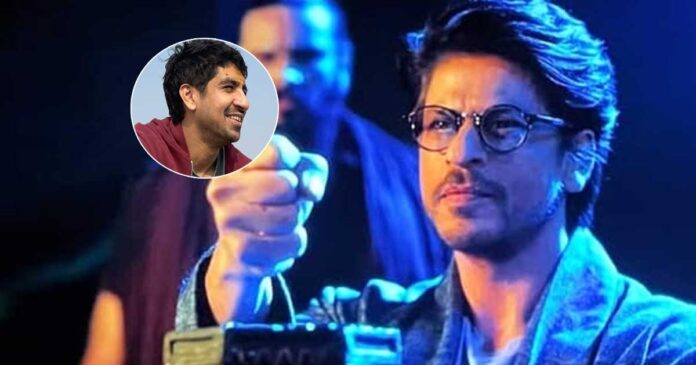 Ayan Mukerji has delivered one of the most expensive projects in Indian cinema in the form of Brahmastra. Made on a massive budget of over 400 crores, the film starred Ranbir Kapoor, Alia Bhatt, Amitabh Bachchan, Mouni Roy and Nagarjuna in pivotal roles. But fans were super hyped up for the cameo made by Shah Rukh Khan. Could there be a possible spin-off to SRK’s character? Scroll below for details.

Shah Rukh was a part of Brahmastra for a short period of time. He played the role of a scientist named Mohan Bhargav and depicted the Vanarastra. His short but impressive stint left fans asking for more. SRK followers had been demanding a spin-off of his character and started sharing online petitions for the same.

Now, Brahmastra director Ayan Mukerji has reacted to the possibility and told Indian Express, “Before the fans were saying it, we were also saying that ourselves. When we were shooting the sequence in 2019, we were also saying on sets. As we discovered the personality of the scientist, we said, ‘Yaar, we have to do stuff. We have to do the origins story of the scientist!”

Ayan Mukerji also added that his Brahmastra team also did not want Shah Rukh Khan’s character to be restricted to a cameo. “We were also vibing on that frequency, my assistants and I. So, I guess my response to the spin-off demand is that: We are already thinking about it. We are hearing everything and are planning our next moves,” he added.

Apart from Shah Rukh Khan, even Deepika Padukone is said to be a part of the Brahmastra franchise. The next big mystery remains around who will play the lead Dev in the upcoming franchise. Ranveer Singh is one of the names that is making a lot of noise.

Must Read: Vikram Vedha: Hrithik Roshan Expresses Gratitude As Film’s Trailer Receives Thunderous Response, Says “To Be Surrounded By All Your Love Is Truly A Blessing”