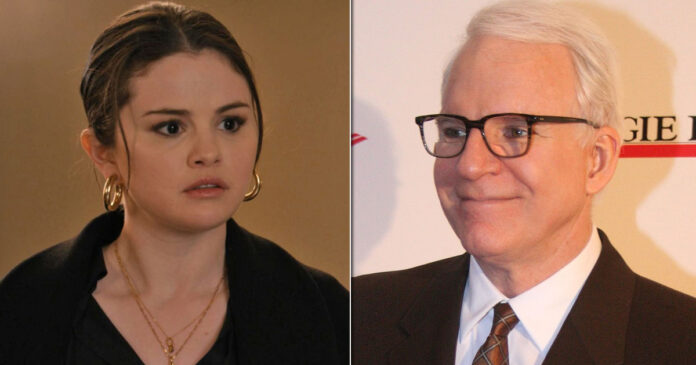 Selena Gomez has previously expressed her disappointment of not being taken seriously. Despite being a pop star for over 10 years, she has barely been nominated for any prestigious award shows. Her friends and colleagues including Taylor Swift, Justin Bieber continue to win trophies on the other hand. But it looks like the actress in her now has to face disappointment too as she has been snubbed by Emmys. Scroll below for all the details.

As most know, Selena is a crucial part of Only Murders In The Building. The show witnesses her alongside Steve Martin and Martin Short. The irony is both the actors have been nominated under the Best Actor In Comedy Series category while Gomez was not named under the Best Actress category.

Steve Martin spoke about it to Variety and expressed his disappointment with the Emmys snub. He said, “Yeah, we’re very happy we got a lot of nominations. We’re a little dismayed that Selena [Gomez] didn’t get nominated because she’s so crucial to the trio, to the show. She kind of balances us. In fact, in some ways, you can say that we got nominated because of her balance in the show.”

However, the good news is that Selena Gomez got nominated under the Producing nominees. And it is big deal because she’s made history with it. Sel is the only Latina after Salma Hayek (Ugly Betty, 2007) to find a spot in Best Producer in Comedy Series in the 74-years history of Emmys.

Steve Martin is definitely grateful about that. He said, “But we’re happy that she is nominated as executive producer on the show. She’s a big asset for us.”

All we can hope is Only Murders In The Building Season 2 will land Selena Gomez on the nomination list of Best Actress In A Comedy Series next time.

Must Read: When Fifty Shades Of Grey’s Dakota Johnson Took A Complete U-Turn By Saying She’s “Allergic To Limes” After Saying She Loves Them