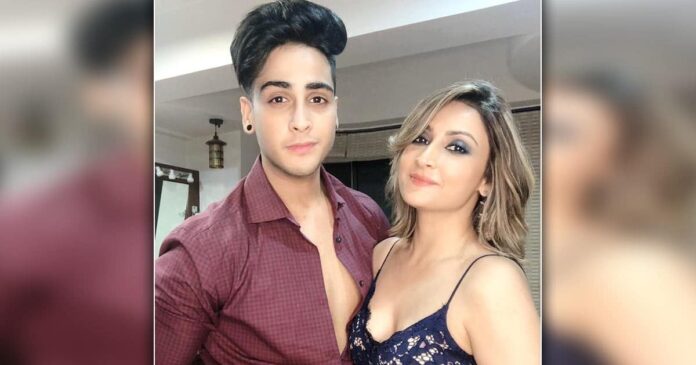 Urvashi Dholakia’s elder son Kshitij, who’s quite active on social media, has said that inspired by his mother, he wishes to pursue a career in showbiz.

Urvashi, who became popular after essaying the role of Komolika in Ekta Kapoor’s ‘Kasautii Zindagii Kay’, is now seen in the TV show ‘Naagin 6‘.

Talking about wanting to join the entertainment industry and appreciating Urvashi Dholakia’s career, Kshitij said: “I would love to have an opportunity to work in showbiz. My aim is to be an actor like my mother. She has been around for too long, and her body of work is something that I dream to achieve as well. I’m completely inspired by her.”

Urvashi Dholakia’s son further added: “Acting is something that I have been very passionate about ever since I was a teenager and at this point of time, I’m just waiting for the right opportunity to knock on my door. People do consider me to be a very raw talent, but I know I am extremely hard working and will give my hundred per cent if given the opportunity.”

While Urvashi Dholakia gained fame as Komolika in Kasautii Zindagii Kay from 2001-2008, the actress began acting in films with the 1986 film Babul and in the television space in 1987’s Shrikant. Her other small-screen credits also include Dekh Bhai Dekh, Shaktimaan, Kahiin To Hoga, Chandrakanta, Bigg Boss (where she lifted the trophy in Season 6) Nach Baliye and more.

Must Read: Bharti Singh Receives Lavish Gifts Including Diamond Earrings & A Gucci X Adidas Bag As Gift From Hubby Haarsh Limbachiyaa On Her Birthday & Reveals He Took A Loan For It