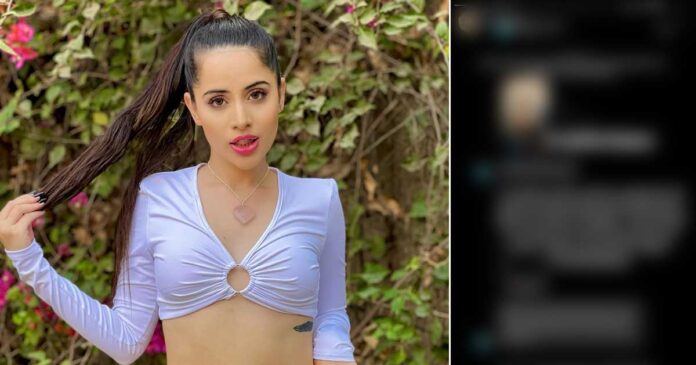 Uorfi Javed is often a target of trolls, especially by people of her own religion. She bares it all and often pulls off revealing clothes that are creative and grab eyeballs. But many troll her and hurl abuses at her over allegedly shaming the Muslim community. A user has now even threatened to kill her. Scroll below to know what happened.

As most know, BJP spokesperson Nupur Sharma created a huge stir over her comments on Prophet Muhammad. The statement went viral in no time and protests were witnessed all across the country. Even nations like UAE, Iran, and Afghanistan among others criticized the remark.

Recently, the murder of a Hindu tailor, Kanhaiya Lal, in Udaipur shook the entire nation. He was brutally killed by two Muslim men after he allegedly showed support to Nupur Sharma. One of the men even took to social media and shared a video of the incident after chopping him into pieces. They were seen brandishing their knives.

Reacting to the same, Uorfi Javed had taken to her Instagram stories and spoken about how Allah never asked his followers to commit such crimes. She also criticized killing in the name of religion during times when we talk about empowerment, education and fast-tracking cases.

Uorfi Javed did not hold herself back and was quick to tag Mumbai Police. She even told the user, “Enjoy your jail time.” Take a look at the screenshot below:

Uorfi Javed was truly savage with her response and hats off to how she dealt with the situation.