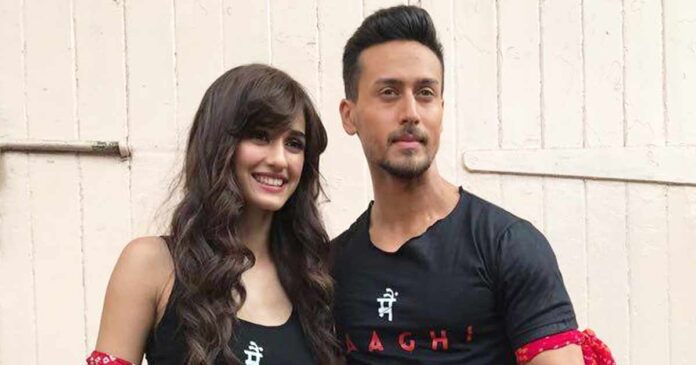 Before the release of her latest film Ek Villain Returns, Disha Patani grabbed headlines owing to her personal life. A couple of days back, reports were abuzz that the actress has reportedly called it quits with rumoured boyfriend Tiger Shroff. While the couple didn’t come forward to either confirm or deny the same, another set of reports suggested that Disha decided to break up after Tiger couldn’t commit to the relationship.

Tiger and Disha have been in a rumoured relationship for quite some time. The couple often takes social media by storm every time they post photos together.

But looks like all the reports were mere rumours because the latest report suggests otherwise. According to the latest reports, Tiger Shroff and Disha Patani never broke up. The couple is very much together and has been going strong. A source recently revealed that Disha is spending more time at Tiger’s house with his family. The couple also leaves for the gym together from Tiger’s home.

A source close to the couple revealed to Pinkvilla, “Disha visits Tiger’s home almost every day. She spends her day with him & his family when not working and she is doing the same even today. So much so that couple leaves home together to work out.”

Earlier, a report stated that because of the commitment issues, Disha Patani decided to call it quits and move on. A source had revealed to Bombay Times, “The two have been friends for a long but Tiger is too obsessed with his own life and fitness to be invested in a relationship. He was clear from the beginning about it. Disha was hopeful that things would eventually change but that wasn’t happening. One-sided relationships are emotionally draining and that led to obvious tension between the two. One found the other controlling. Trouble was brewing for a while and they finally outgrew each other. They have parted ways and moved on for good. This is best for the both of them.”

Coming back, we are sure this piece of news is surely a sigh of relief for all the Tiger Shroff and Disha Patani fans.

Must Read: Dunki: Taapsee Pannu Talks About Her Working Experience With Shah Rukh Khan, Reveals “He Makes You Feel Like The Most Important Person”