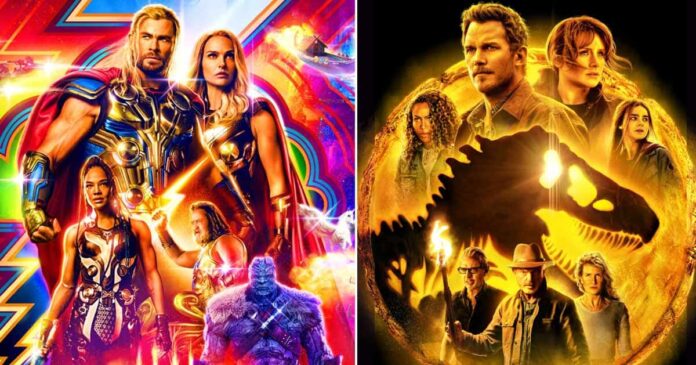 Fans were eagerly waiting for Thor 4 to release in theatres and their excitement is quite evident from the box numbers as well. Marvel film also collected quite well in its extended opening weekend and the collection stood at 64.80 crores*. However, the film’s collection saw a drop on Monday as expected; it collected 6 crores* which is quite low when compared to the opening day collection.

Now as per the latest trade estimates coming in, Thor: Love And Thunder is likely to earn Rs 5-6 crores* on Day 6. Even though the Monday collection did see a drop, the overall haul seems to be very good. If this number stays true, then Chris Hemsworth‘s starrer collections will stand around 75.80–76.80 crores*.

As reported before, Taika Waititi directorial surpasses the lifetime number of last success Jurassic World: Dominion and it is now on its way to entering the 100 Crore Club. Thor 4 is one of the much-awaited films and a lot of expectation was associated with it. However, the film received average feedback from the audience. Regardless, the film continues to sail smoothly at the box office. It is all because of the loyal fan following that Marvel studio built over the years.