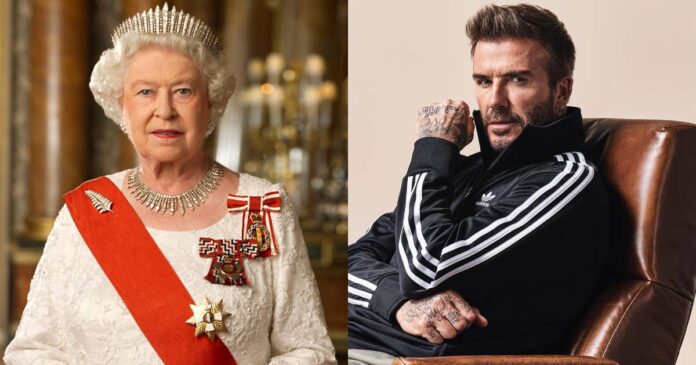 Britain and the entire world has been mourning the loss of the longest-ruling Monarch, Queen Elizabeth ll. The Queen breathed her last on September 8 due to age-related health issues and the news was announced to the world instantly. The royal procedure of her last rites became soon and we saw her entire family coming down to the base to bid their Queen one last goodbye. The mortal remains have now been kept for the public to have a last glimpse and turn out David Beckham chose to go in the public line.

For the unversed, Queen Elizabeth ll’s mortal remains are kept for the civilians to pay their last respects. David who also rushed to the venue to pay his tribute did not demand any special treatment, but stood in the long queue with the public and waited for his chance. He termed it to be special for him to do that.

As per the latest reports now, former Football Captain David Beckham was standing in the queue for more than 12 hours and patiently waited for his chance to come. Calling how the day was difficult for him, Beckham recalled the times he stood there before when the Queen was alive. Read on to know.

As per The Guardian, David Beckham said, “Every time that we stood there when we wore those three lions shirts and I had my armband and we sang God Save the Queen, that was something that meant so much to us. Every time that we did it, it was something special. So this day was always going to be difficult, and it’s difficult for the nation, it’s difficult for everyone around the world because I think everyone is feeling it, and our thoughts are with the family and obviously with everybody here today.”

David Beckham’s decision to join the public queue and wait for over 12 hours there has made news across the globe. There has been criticism about the fact that some VIPs got to skip the line and enter the spot directly. “Because it’s special to be here, to celebrate, and to hear the different stories that people have to say. I thought by coming at 2 am it was going to be a little bit quieter – I was wrong.” Says David.