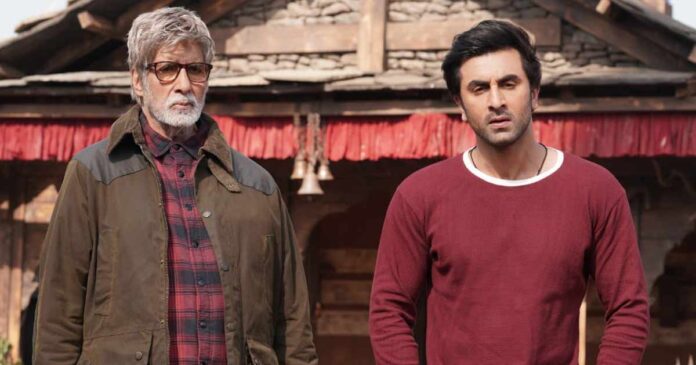 Brahmastra Box Office Day 3 (Early Trends): Ranbir Kapoor and Alia Bhatt’s most-anticipated film has now become the most-watched film of 2022. Ever since the film hit the silver screens, it has been on a spree of breaking and making box office records. Helmed by Ayan Mukerji, Brahmastra is backed by Karan Johar’s Dharma production and also stars Amitabh Bachchan, Nagarjuna, Dimple Kapadia and Mouni Roy in pivotal roles.

It not only entered the Top 10 best opening days ever but also becomes lead actors and real-life couple’s biggest opener ever.

As per the early trends flowing in, the film has set the ticket windows buzzing, quite literally. According to the latest media reports, Brahmastra has minted around 44-46 crore* on the 3rd day of its release. Yes, you heard that right! With its latest numbers, the film’s latest collections now stand at 124-126 crore. Woah! Within just 3 days of its release, Brahmastra has crossed the 100 crore mark (including South collection as well), leaving everyone stunned and jaw-dropped.

Speaking about the day-wise numbers, Brahmastra broke every record as it earned around 32 crore from the Hindi belt and 5 crore from the South making it a total of 37 crore on Day 1. On Sunday we reported its 2nd day collections clocking at 41 crore. Within just two days, it made total earnings of 78 crore. The humongous has helped the film to cross the 125 crore mark within no time.

Meanwhile, ever since Brahmastra has released on September 9, it has received mixed responses from critics and audiences. The film has become the 8th highest opener leaving his own film Sanju and Salman Khan’s Sultan behind. While a section of social media has been showering praises on the film, others have nodded in disagreement.

Time and again we saw Brahmastra landing in trouble. Right from being called for a boycott by netizens to facing a protest, the film has emerged as a winner at the box office.

Must Read: Brahmastra Box Office Day 1: Alia Bhatt Scores Her Biggest Ever With Brahmastra, Registers A Hat-Trick Of Successes In 2022 After Gangubai Kathaiwadi & RRR