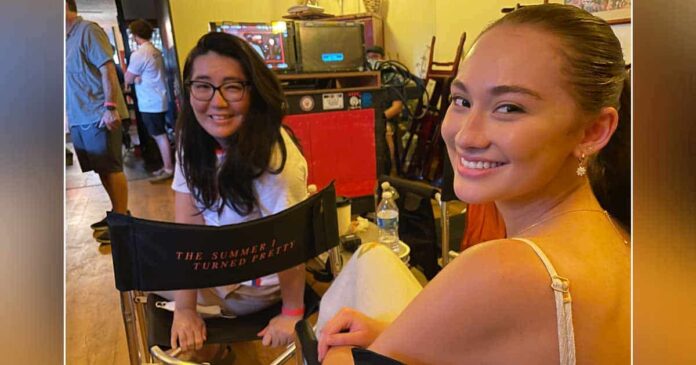 The season 1 of the young-adult Amazon Original Series, The Summer I Turned Pretty was well received by the audience and critics. The series, which is based on a novel by the same name, written by the New-York best selling author, Jenny Han, was appreciated for its relevant themes, some mind-blowing soundtracks and more. Well, there’s good news for fans as ‘The Summer I Turned Pretty Season 2’ has officially begun.

With such a pleasant response from all around the world, The Summer I Turned Pretty is coming back with Season 2. The cherry on the cake is that the cast has already started shooting for the second series. The official page of “The Summer I Turned Pretty” shared a picture of Jenny Han along with the lead actress Lola Tung from the sets of the show with the caption “and we’re rolling on season 2”.

and we’re rolling on season 2 🎬 pic.twitter.com/8c0YZZNE5N

Must Read: Strangers Things 5: David Harbour’s Jim Hopper To Die After Coming Back? Actor Says “There Were Several Times I Thought He Should Die”