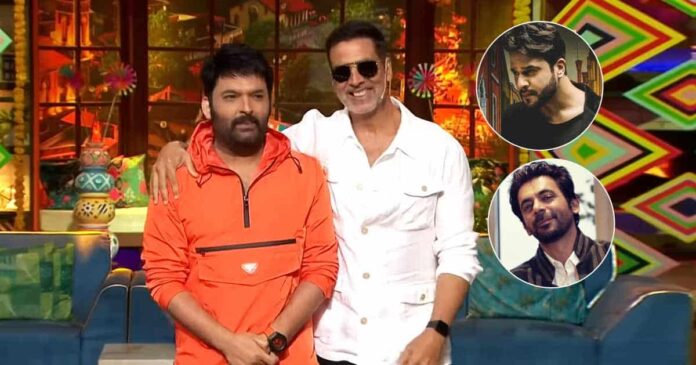 After a small hiatus, Kapil Sharma is back on the small screen with the new season of his comedy show. However, the new season of The Kapil Sharma Show is different from the previous one for many reasons. Ever since the reports of its return surfaced on the web it took the Internet by storm. With time, news of his team members leaving one by one also made headlines leaving netizens in shock.

After Sunil Grover aka Dr Gulati, in the recent past, we saw the comedian’s close friends and other star cast members like Bharti Singh, Krushna Abhishek and later Chandan Prabhakar also bidding the show adieu.

The Kapil Sharma Show’s season 3 went on air this weekend and looks like the change was seemingly visible. So much so that netizens and fans have taken to social media to write about the same. After its first weekend episodes went on air, fans took to Twitter to diss the show and reveal that they terrible missed Krushna Abhishek’s character Sapna.

Bashing the comedy show, a user said, “Saw the first episode of Kapil Sharma show….It is so boring and no laughter at all…Poor cast & content. Not worth the time. Where is Krishna or Sunil grover?? Bekaar show!!! #KapilSharmaShow” While another said, “#KapilSharmaShow would be flop this year, i don’t like the casts. Where is krushna,Dr gulati, @KapilSharmaK9”

A Twitterati also wrote, “@KapilSharmaK9 please stop reading script ! We love you when you perform naturally! We see you reading and its a buzzkill ! #KapilSharmaShow.” Check out a few more comments below:

@KapilSharmaK9 please stop reading script ! We love you when you perform naturally! We see you reading and its a buzzkill ! #KapilSharmaShow

Where is our beloved Krishna Abhishek.?

#KapilSharmaShow would be flop this year, i don’t like the casts.
Where is krushna,Dr gulati,@KapilSharmaK9

Soon after reports of Krushna Abhishek’s exit surfaced on the web, rumours of his rift with Kapil Sharma made headlines. However later, rubbishing all the rumours, the comedian had told a section of media, “Koi nahi, hum aaj raat ko jaa rahe hai Australia saath me, Kapil aur mai. Pata nai kya afwaye hai ki aisa ho gaya waisa ho gaya. Koi issue nahi hai, I love him and he loves me. Mera bhi show hai wo, I’ll be back again. (It’s okay, we’re flying to Australia tonight. I don’t know what are the rumours floating around but there are no issues. That is also my show, I will be back again.)”

Coming back, on the first weekend episode of The Kapil Sharma Show we saw Akshay Kumar and Tamannaah Bhatia arriving in style.