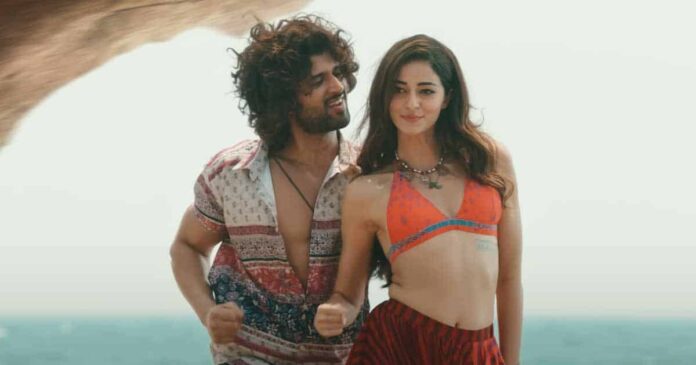 Liger Box Office Day 1 (All Languages) Early Trends: Vijay Deverakonda and Ananya Panday starrer was one of the much-awaited films as it marks South heartthrob’s Bollywood debut. The films promised all the elements of a commercial blockbuster that would bring the audience to theatres.

Puri Jagannadh’s sports drama has been released in multiple languages, Hindi, Tamil Kannada, Malayalam, and Telugu versions around 2,500 screens across the country. It was expected to bring a lot of moolah at the box office owing to Vijay’s popularity pan India after Arjun Reddy’s success.

Vijay Deverakonda’s film was expected to open with at least open in the 30-crore range all languages. However, as per reports floating on the internet, Liger managed to earn around Rs 21-23 crore (nett) including Rs. 1-2 crore in Hindi belts paid previews on its opening day. The majority of collections come from Telugu audiences. The film failed to impress the audience. Even the film’s morning shows witnessed a surge in occupancy but due to the negative audience buzz, there was a drop in occupancy from the evening shows.

Now as the early trade reports are coming in, Puri Jagannadh’s directorial ‘Liger’ did not see any positive signs at the ticket windows as the film only managed to collect around on 15-17 crore (gross) on Day 2. Going by the buzz and the collection at ticket windows, the sports drama has a tough road ahead. If the collections drop more than expected on Friday, the stakeholders stand a chance to lose a lot of money.

Despite Hindi shows opening full fledged today, it didn’t seem to jump enough even in the Hindi belts. It seems the audience have passed the judgement on its day 2 itself.

Puri Jagannadh’s sports drama focuses on an underdog with a speech issue, played by Deverakonda. Ananya Panday will be his love interest and will be making her debut in Tollywood with this film. Legendary boxer Mike Tyson will feature in a cameo role in the film. It also features Ramya Krishnan and Makarand Deshpande in pivotal roles.

Must Read: Liger Box Office Day 1 (Worldwide): Vijay Deverakonda’s Film Is Off To A Thunderous Start By Hitting 33.12 Crores!