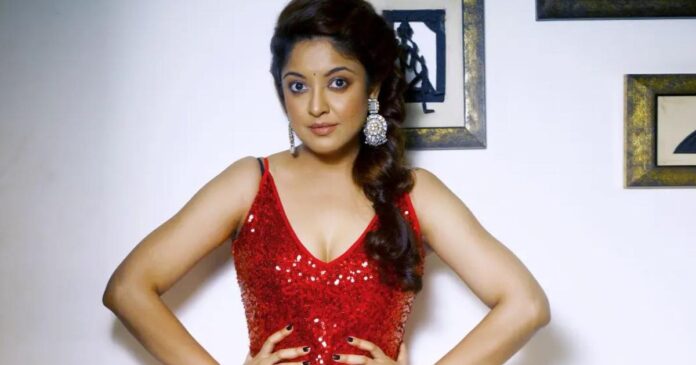 Ever since Bollywood actress Tanushree Dutta started the #MeToo wave, she has been calling who’s who of Bollywood for harassing it. It was just a few days back, that the actress penned a long note revealing how people are trying to kill her. She had even opened up about escaping death. Now the actress has once again taken to social media to reveal she’s being harassed. She not only named #MeToo accused Nana Patekar but also brought up people linked to Sushant Singh Rajput’s death.

For the unversed, after Sushant Singh Rajput ended his life, netizens slammed a few Bollywood actors and filmmakers and blamed them for his drastic step.

Recently, Tanushree Dutt took to her social media account and shared a stunning photo of herself in a red bodycon dress. She wrote in caption, “If anything ever happens to me let it be known that #metoo accused Nana Patekar, his lawyers & accociates & his Bollywood Mafia friends are responsible! Who are Bollywood Mafia?? Same people all whose names came up frequently in SSR death case. (note that all have same criminal lawyer). Do not watch their movies, boycott them totally & go after them with a vicious vengeance. Go after all the industry faces & journalists who planted fake news about me and PR people too behind the vicious smear campaigns.”

“Go after everyone!! Make their lives a living hell because they harassed me so much! The law & justice may have failed me but I have faith in the people of this great Nation. Jai Hind…and bye! Phir milenge…

A couple of days back too, Tanushree Dutta penned a long note revealing that she had escaped death. The actress in her long Insta post had revealed a maid was planted in her house who mixed some kind of medicines with water and gave her. She wrote, “I’m not going to commit suicide for sure yeh kaan kholkar sun lo sab log!! Nor am I leaving & going anywhere. I’m here to stay & resurrect my public career to greater heights than ever before! The Bollywood Mafia, the old political circuit of Maharashtra ( which still has influence here) and nefarious anti – national criminal elements together usually operate like this to trouble people.”

“I’m very sure the #metoo culprits & the NGO who I exposed are behind all this because why else would I be targeted & harassed like this? I know a lot of people will try to dismiss me but I’ve been posting updates on insta for a long time. It’s severe mental, physical & psychological harassment. What kind of place is this where young boys & girls can just be harassed and killed for standing against injustice?? I wish presidents rule & military rule to be established in Maharashtra & central govt exerting total controle over ground level matters too. Things are really going out of hand here. Regular folks like me are suffering. Something drastic has to happen here. Today it’s me tomorrow it can be you also,” read a part of Tanushree Dutta’s Insta post.

What are your thoughts on the same? Do let us know.