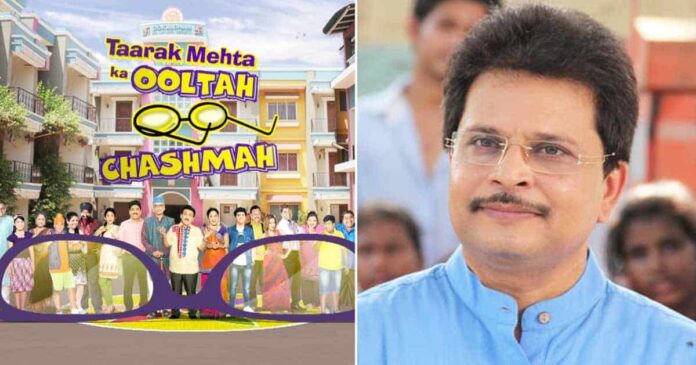 Super hit and highly loved sitcom Taarak Mehta Ka Ooltah Chashmah completes 14 years today. The show aired its first episode back in 2008, and since then it has just seen growth. The show alone enjoys a massive fan following worldwide and has always managed to put a smile across our faces with its hilarious episodes.

As the show clocks 14 years, TMKOC’S maker Asit Kumarr Modi takes a trip down memory lane and reveals some old anecdotes while the show was under production. One such anecdote will definitely leave you shocked as Asit reveals many channels turned down the offer of airing the show on their channels. Read on to know more.

During a recent interaction with Indianexpress, Taarak Mehta Ka Ooltah Chashmah creator Asit Kumarr Modi reveals that he had to wait for a total of 6 years before the show could take off on air. He shared that many channels turned down the show’s idea as during those times, Saas-Bahu shows were ruling and that comedy-based shows were only kept for the weekends. Thus the idea of a comedy show running every day a week was something many found hard to believe. With a smile, Asit said, “However, we believed in our concept and knew it will strike a chord with the audience. It was new but something that will make people smile. I am glad we managed to do what we decided to.”

Taarak Mehta Ka Ooltah Chashmah creator Asit Kumarr Modi then revealed how he began his journey back in 2002 and how he knocked on every channel’s door with the idea of the show but was rejected by the. The creator also added that it took him 6 years and a deal with Sab TV helped the show take off. “Sony Pictures was re-formatting SAB as a comedy channel, and the then COO NP Singh asked me if I wanted to do something. He liked the concept but there was no budget and I knew I would run into losses. However, my wife and my team assured me that this was something that will work. Hence I accepted it as a challenge, listening to my inner belief. We kept working hard and it’s already been 14 years. It feels like we just started yesterday.”

As Asit spoke, he further revealed that even after bagging a channel to run the show their struggle wasn’t over as the viewers initially were rejecting the idea of the show and that they were engrossed with the saas-bahu drama. However, after watching Dilip Joshi’s ‘Jethalal’ on screen and the family’s funny antics, the audience could connect, and that’s when they started enjoying the show. Modi also added that it took them a total of 6 months to finalize the cast.

When asked about the recent criticism the show is facing as fans are expressing their displeasure over the fact that the contents are just being repeated and stretched, Asit said, “Not at all. If they love us, they have all the right to give their harsh feedback. Also, if you look at social media, everything is just too negative. We, as a team do not take the trolling too seriously. However, we do take in consideration honest reviews and immediately work on it. We do believe that one has to keep on evolving. As for criticism, we take it with utmost sportsman spirit.”

What are your thoughts on Taarak Mehta Ka Ooltah Chashmah being rejected by TV Channels? Let us know your thoughts in the comments below.

Must Read: Taarak Mehta Fame Sunayana Fozdar Once Reacted To Rumours Of Producer Asit Kumarr Modi Being Rude Towards Actors: “He’s Constantly Treated Me Like…”