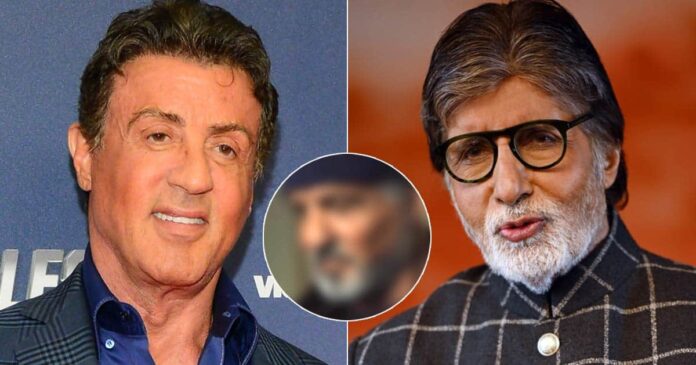 Hollywood action Sylvester Stallone is back and this time actor will be portraying a superhero in a movie titled Samaritan. Although everyone is loving the first look and trailer but Indians couldn’t help but at the first glance, everyone thought Sylvester as Bollywood megastar Amitabh Bachchan. Scroll below to read the whole scoop.

The movie is directed by Julius Avery from a script by Bragi F Schut and produced by Stallone’s production company Balboa Productions. This is the second film produced by the company after 2019’s Rambo: Last Blood. The upcoming movie which is set to release on Amazon Prime on August 26, also stars Dascha Polanco and Moises Arias.

Meanwhile, the trailer and poster of Sylvester Stallone starrer Samaritan looks promising and many are already curious to watch the film. The poster itself created a buzz as the actor is seen standing in an alley in a hoodie, while his reflection is shown him wearing the superhero costume. However, some were left confused as they thought its Amitabh Bachchan who is starring in the sci-fi superhero film.

Reacting to the poster of Samaritan starring Sylvester Stallone, a user wrote, “He is look like Amitabh Bachchan,” another wrote, “For the first 5 min, I thought he was BIG B then I read Sylvester Stallone,” a third user wrote, “Paheli baar Me Big B nazar aye,” a fourth commented, “It’s good to see @amitabhbachchan in this role,” a fifth wrote, “Amitabh bachan is coming with a superhero movie?” another wrote, “Stallone cosplaying as Amit ji v nice.”

Sylvester Stallone starring in and as Amitabh Bachchan. pic.twitter.com/eDLWbPu5SU

On the work front, Amitabh Bachchan who was last seen in Ajay Devgn starrer Runway 34, will be next seen in Ayan Mukerji’s magnum opus Brahmastra along with Alia Bhatt, Ranbir Kapoor, Nagarjuna and Mouni Roy in the key roles. Sooraj Barjatya’s Uunchai, Good Bye with Rashmika Mandanna and K with Deepika Padukone.