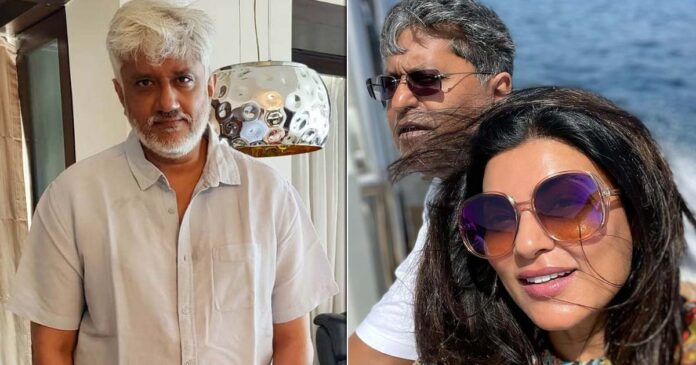 Businessman Lalit Modi took the world by a storm after he announced that he was in a relationship with Bollywood actress Sushmita Sen. The duo have been receiving mixed reactions from fans worldwide but most of the end with Sen getting brutally trolled and termed a ‘gold digger’

The actress recently had taken it to her social media handle to slam the trolls for shamelessly trolling her over her decision to date Lalit. Sushmita also received a lot of support and now her ex-boyfriend and filmmaker Vikram Bhatt shared his take on the news and supported the actress too.

During a recent conversation with IndiaToday, Vikram Bhatt stood up for his ex-girlfriend Sushmita Sen and said, “Sushmita is the last person who checks out bank balances before she decides to fall in love with someone. I was penniless. I was directing Ghulam, but I had no money. I will not forget that Sushmita was the person who first took me to the US, and she paid for my trip. I had no money. When we reached Los Angeles and there was a limousine, and I was surprised. She said that she wanted to make my entry in the US very special.” Slamming the trolls for calling the actress a ‘gold digger’, the filmmaker also said, “Sushmita is a love digger, not a gold digger, I think making fun of other people’s life is entertainment. Someone’s tragedy is someone’s entertainment, that’s always there. When Kareena [Kapoor] married Saif [Ali Khan], even she was trolled. So, I think it goes with the territory, if you are a celebrity and if there is a decision of yours which seems funny to netizens, they start trolling.”

Talking about Lalit Modi announcing his relationship with Sushmita Sen, Vikram Bhatt said, “Lalit Modi put out a post saying ‘Hey! look how happy I am!’ The poor chap did not know that he is not allowed to be happy in this world. When Sushmita just went out with Rohman Shawl, why didn’t you call her a gold digger then? I mean you can’t see that there can be love between two people regardless of money. You decide ‘Oh, look at him, why should she be with him? Ah, money!’ Why can’t it be that he makes her feel special?.” He added, “I feel this is something unique to our society, especially Indian society. We are very intrusive as a society with a bunch of social media people who are interested only in whispers and make life hell for people who are trying to find happiness.”

Vikram Bhatt concluded his take by saying that he would stand up for Sushmita and said, “I will stand up for her and say that the last thing she can ever be is a gold digger.”

What are your thoughts on Sushmita Sen being trolled for dating businessman Lalit Modi? Let us know in the comments below.