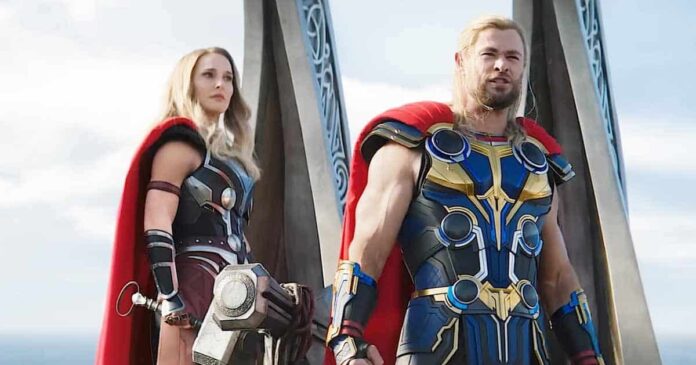 Though being a film that’s weak in content, Thor: Love and Thunder is still finding better footfalls than all other films in the running, be it the new or holdover ones. On Saturday, the film grew further and brought in 3 crores* more. These are still quite low for a film that collected more than 18 crores each on three out of the four days of its extended first weekend. Still, when other films are struggling to touch even 1 crore mark, the fact that this one is doing triple or more of their business is some sort of traction at least.

Thor: Love and Thunder has now collected 85.50 crores* at the box office and with that it has gone past the lifetime numbers of Marvel‘s other offering Captain Marvel [2019] in 10 days flat. That’s a remarkable feat indeed and shows yet again that Marvel has made deep inroads into the Indian market as well during last half a decade or so. Of course, had the film been better, it could perhaps have aimed for 150 crores as well since it had two open weeks for itself, something that it won’t be able to leverage to the optimum now.

It has to be seen that how much does Thor: Love And Thunder grow on Sunday. As has been seen with the last few Hollywood releases, the jump from Saturday to Sunday is typically not too high.

However, as long as the collections are over the 3 crores mark, they would still be competitive enough as apart from HIT – The First Case, no other Hindi film in the running is in contention to touch even 2 crores mark on Sunday. Thor: Love and Thunder fans, what do you think about the box office collection of the film in India? Share your thoughts in the comments section below.

Must Read: Avengers: A N*de Thanos In An A**-Up Position Intrigues Fans As They Say “He Was Waiting For Ant-Man In That Position”