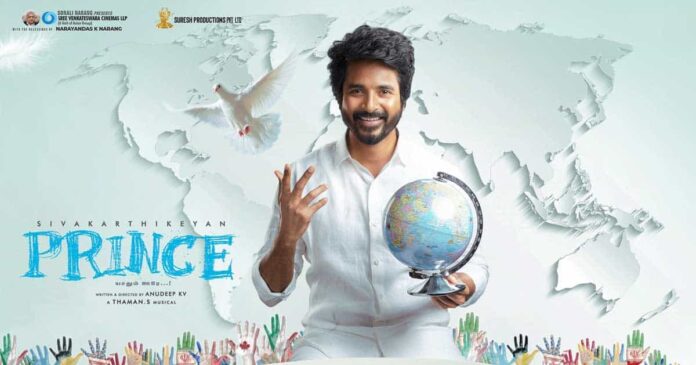 The film was originally supposed to release on August 31 but has now been postponed. The announcement on the new release date was made by the film unit through a humorous video clip.

In the clip, actors Sivakarthikeyan, Sathyaraj, and Maria Ryaboshapka have a funny conversation with the film’s director Anudeep.

In the end, Sivakarthikeyan makes the announcement that the film will release in Tamil and Telugu on Deepavali this year.

The film, which has been shot in a single stretch schedule in Karaikudi and Pondicherry, has actor Sathyaraj playing an important role.

This out-and-out comedy is being presented by Suresh Babu of Suresh Productions (son of veteran producer D Ramanaidu, who is known for producing the Sivaji Ganesan-starrer ‘Vasantha Maligai’) and Narayan Das Narang and Puskur Ram Mohan Rao of SVCLLP (Sree Venkateswara Cinemas LLP) in association with Arun Viswa of Shanthi Talkies.

Sivakarthikeyan’s Prince is one of the much-awaited films of the year. So what do you think of the film releasing this diwali? Are you excited? Let us know in the comments.