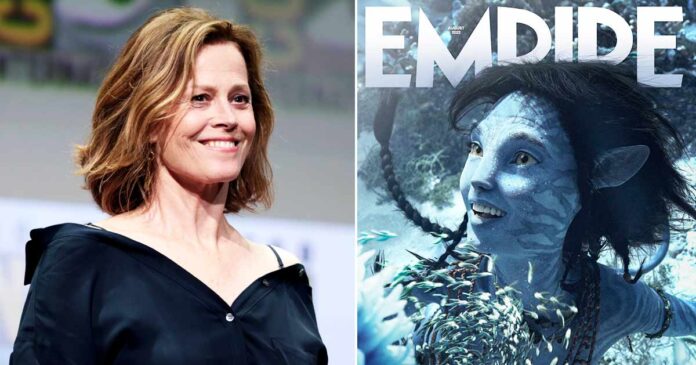 After photos of Kate Winslet in the forthcoming ‘Avatar: The Way of Water’ surfaced on the Internet, the first glimpse at Sigourney Weaver in the forthcoming chapter of the sci-fi venture too made their way to the public domain — and she’s portraying an entirely new character, reports ‘Entertainment Weekly’.

In an image, Weaver can be seen as a blue alien teenager, a far cry from the doomed Dr. Grace Augustine, whom she played in the original blockbuster. As mentioned by ‘Entertainment Weekly’, another surprising detail is that her new character, Kiri, is a member of the Na’vi and Jake and Neytiri’s adopted daughter.

The photo appears in this month’s issue of ‘Empire’ magazine, which features interviews with the cast and director James Cameron. For Weaver, the role was a chance to relive her adolescence.

She told the magazine, “I think we all pretty much remember what we were feeling as adolescents. I certainly do. I was 5′ 10″ or 5′ 11″ when I was 11. I felt strongly that Kiri would feel awkward a lot of the time. She’s searching for who she is. I was thrilled to be given that challenge by Jim.”

Must Read: Pirates Of The Caribbean Ride Reopens With Johnny Depp’s Captain Jack Sparrow Intact At Disneyland & This Could Be A Major Hint Of A Comeback!