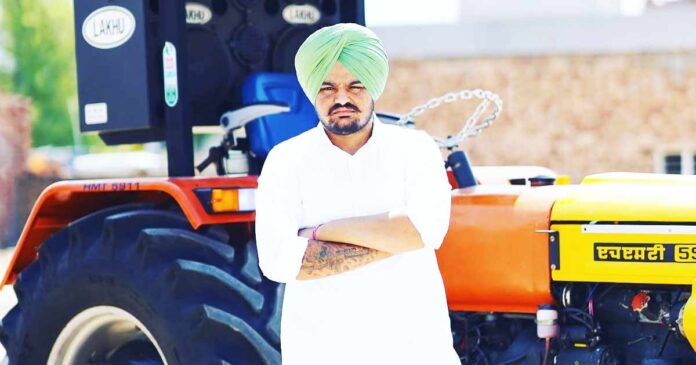 It’s been a while since the entire country was left shocked after rapper turned politician Sidhu Moose Wala was assassinated in broad daylight in May 2022. The Punjabi rapper was very famous for his songs and now those same songs are now bringing cheer across the Indian-Pakistan border.

Sidhu began his career in Canada after he released his first song ‘G Wagon’. However, the rapper gained popularity with his track ‘So High’ in 2018 and since then the rest of his history.

Sidhu Moose Wala might not be present with us physically but he still makes us groove with the chartbusters he left for us. The popularity of his songs is not just restricted to India but his magic also spreads worldwide, and now it has managed to make the two boundaries (India and Pakistan border) bond. Yes, you read that right.

Recently, IPS officer HGS Dhaliwal shared a heartwarming video on Twitter while leaving many with a huge dose of serotonin. In the video, Indian Army personnel are seen grooving to Sidhu Moose Wala’s ‘Bambiha Bole’, which was being played on speakers by Pakistani soldiers across the border. The IPS officer captioned his post, “Sidhu’s songs playing across the border! bridging the divide!”

Sidhu’s songs playing across the border! bridging the divide! pic.twitter.com/E3cOwpdRvn

The sight of it was very delightful to see! This is not just us saying, many Twitterati shared their views on the same and lauded the spirit. Check out the Twitter reactions below.

Punjabi singer Sidhu Moose Wala might have passed away but his legacy still lives on. Indian army personnel grooving to one of his songs, Bambiha Bole, has surfaced online.pic.twitter.com/m8mviMSsfl

Divided by borders united by tradition😁😁

After all we are all human beings. Can’t fight always. Need relaxation.

Talking about the song, ‘Bambiha Bole’ was released back in 2020 in which Sidhu Moose Wala collaborated with another famous Punjabi singer Amrit Mann.

Did you love India and Pakistan border army bonding over Sidhu Moose Wala’s ‘Bambiha Bole’? Let us know your thoughts in the comments below.