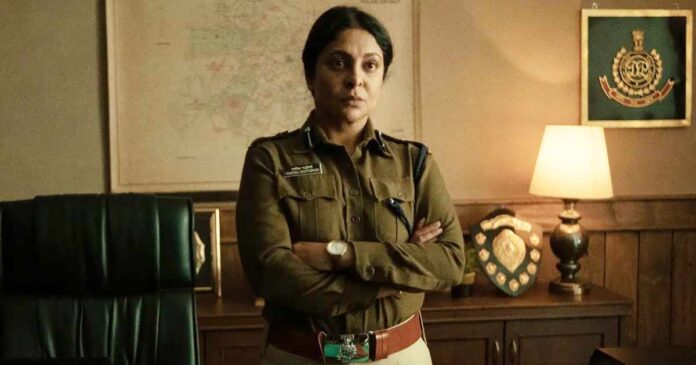 Actress Shefali Shah, who is reprising the role of DCP Vartika Chaturvedi for the second season of ‘Delhi Crime’, says that the grain of the show is that it’s very real and raw.

She shared that the characters are not super cops and that the moment she had the uniform on for her character she walked taller.

Actress Shefali Shah during the promotion of Delhi Crime season 2 in the national capital said: “The grain of the show is that it’s very real. It’s very raw. They are not super cops, they are human. Their strengths and weaknesses are a part of them.”

Shefali Shah added: “The show does not make a social commentary but raises social questions and all these people are a part of that society. So they are equally understanding of probably where they are faltering.”

Donning the uniform for the second time for the show gave Shefali goosebumps. The 49-year-old actress shared: “That uniform does something to you. Trust me. Wearing that uniform, something else just happens. When we were about to do Delhi Crime 2, the thing that was going on in my mind was that the first instalment happened but how do I fit those shoes again. How will I ever be able to do it?”

Shefali Shah added: “And trust me when I stepped into those shoes it was something else. I walked taller and the respect for that uniform… people on the sets gave you way to actually walk. To be able to wear it for even for a show is something else.”

Asked how in ‘Delhi Crime’, the portrayal of cops is different from what we usually see in mainstream films and series, Shefali, in response to the question asked by IANS during a press conference, said: “There is a Bhupinder, Neeti, Subhash and Vartika. They are real characters. They are not larger than life, they were never meant to be. They are human and they are not super cops. They are not completely right or wrong.”

Shefali Shah added: “They are trying to deal with a situation with the best of their abilities. I think it’s very different. Not just portrayal of cops, the show itself it is so raw. It’s almost like watching it voyeuristically.”

Delhi Crime season 2 will drop on Netflix on August 26.

Must Read: Neha Kakkar Breaks Silence On People Trolling Her For Crying On Reality Shows: “I Have No Regrets About It”