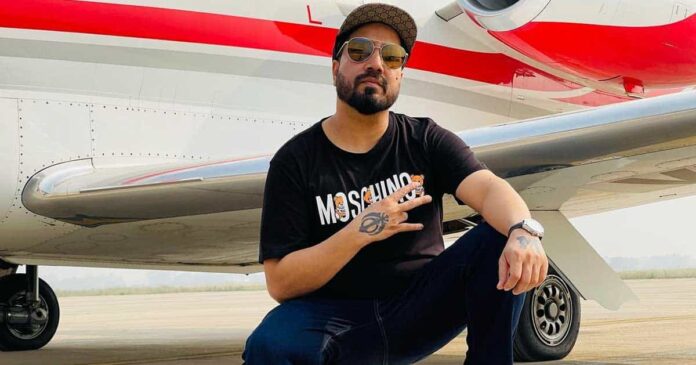 After gaining a lot of love and recognition in his career, Mika Singh is finally on his way to finding an ideal life partner. He’s 45 and finally wishes to settle down. Currently, on the show, Swayamvar – Mika Di Vohti, the Indian singer has revealed how he got slapped by his ex-girlfriend because he was cheating on her. Scroll below for details!

The singer was interacting with one of his potential brides on Swayamvar – Mika Di Vohti when she asked her to reveal a situation in life that no one knows. It was during this time that he revealed how he would save numbers of different women with names of boys but was once caught and got slapped because of it.

Mika Singh shared, “It was dangerous. All my songs were a hit, I had bodyguards, I had the swag. It happens that when you are in constant limelight, you have fans… specially female fans. I met one such girl… very beautiful. I promised her house, even thought of kids’ names – Sunny, Bunny. I was crazy about her. Now I used to be a flirt… a bit. Phone pe thoda bahut chalta tha. I would get such calls and with some it were good. I was trying to be smart and saved one of their numbers as ‘Rakesh’. So whenever I used to get calls, I would reply ‘Haan Rakesh bol.”

Mika Singh continued, “Once she came over and ‘Rakesh’ kept calling and I wasn’t answering. She kept pestering that I should receive the call and I kept giving excuses. She threatened to pick up the call. I picked up the call and she put it on loudspeaker. I got caught. She gave me tight slap. For the first time I got slapped and I understood what a girlfriend means. She threatened me saying that next time any Rakesh, Ramesh calls, this is just the beginning. I kept thinking that she slapped me in private, she will slap me slapped in front of everybody. I was scared of her. Then I started informing her about every detail of my tours – where I am staying, room number and every details. She would make me call from the hotel room. She would force me to scream ‘I love you’ to test if other girls are presence…”

Well, it is quite a revelation made by Mika Singh. But we’re glad he realized his mistake and learnt from it!

Must Read: Neetu Kapoor Wants To Work With Son Ranbir Kapoor & His Wife Alia Bhatt: “I Said It On Alia’s Face…”