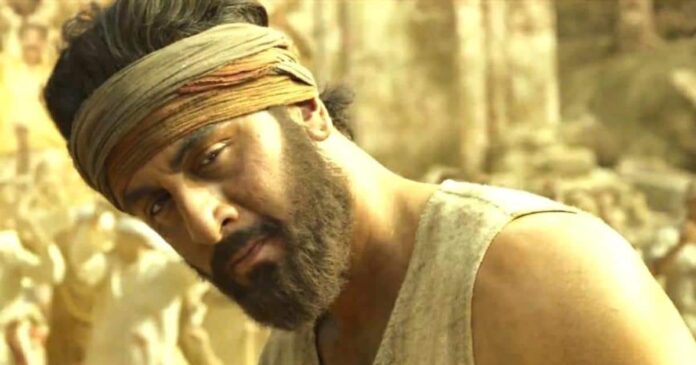 Ranbir Kapoor starrer Shamshera is heading towards a big disappointment for Yash Raj Films. Sadly, the studio is celebrating 50 years of filmmaking but it hasn’t managed to deliver a clean success in a long time now. Looks like the latest magnum opus too isn’t giving any relief at the box office. See how much it made on day 2.

Released yesterday, the magnum opus helmed by Karan Malhotra has a huge budget riding on it. Also, as it marks Ranbir’s comeback to the big screen after 4 long years, there are high hopes from the film to bring some fireworks at ticket windows. However, things have turned out to be brutal right on day 1 and for today too, there are not many hopes.

As per early trends flowing, Shamshera has managed to make 9.50-10.50 crores on day 2, which is a zero growth from yesterday’s 10.25 crores. The opening in itself was underwhelming and with such collections coming on the second day, the future is really dark for the film. Now all eyes are set on Sunday turns out to be.

Shamshera Box Office: It’s Way Down Amongst Ranbir Kapoor’s Top 10 Openers Ever, Is Only Better Than Jagga Jasoos

Shamshera Box Office: Falls Way Behind Amongst Top 5 Openers For Bollywood In 2022

Meanwhile, Ranbir Kapoor and the team recently had been in Delhi for the promotions for the film. There he broke his silence on staying away from the big screen for 4 years post Sanju. He said, “After ‘Sanju’, I was working on ‘Shamshera‘ and ‘Brahmastra’. These two big-budget movies took time and then my dad was unwell and a pandemic happened.”

Must Read: Thor: Love and Thunder Box Office Day 16: Steps Into Third Week With An Eye On 100 Crore Club Entry