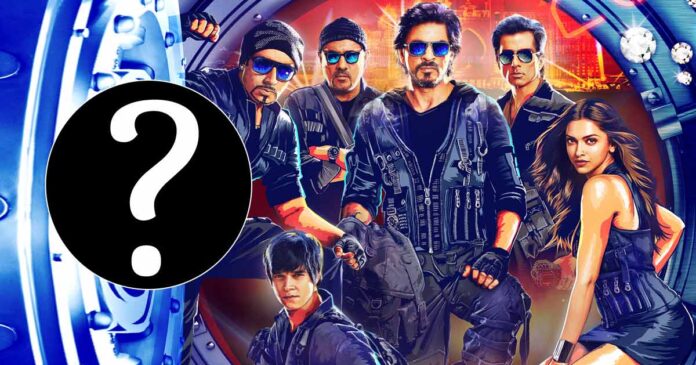 Shah Rukh Khan has completed his glorious 30 years in Bollywood today and is refusing to slow down anytime soon. In fact, the superstar has already announced his upcoming three exciting films- Pathaan, Jawan and Dunki. Even though in the few recent years the actor hasn’t been in his best phase, his Happy New Year held onto the record for the highest Bollywood opening for 4 years. Scroll below to know more.

For those who don’t know, Shah Rukh Khan delivered his last blockbuster in 2013 with Rohit Shetty’s Chennai Express. The film went on to make over 220 crores at the Indian box office. His next release Happy New Year too made over 200 crores but didn’t turn out to be a clean hit. However, it managed to stay at the top for not 1 or 2 but 4 years with its opening day numbers.

Happy New Year, released during Diwali in 2014, had an opening day of a whopping 44.97 crores. It had surpassed the opening day numbers of Chennai Express (33.10 crores) and enjoyed the top position until Thugs Of Hindostan came and toppled it in 2018. The Amitabh Bachchan and Aamir Khan led period drama had opened with a staggering number of 50.75 crores.

Despite such a start, Thugs Of Hindostan got beaten by Hrithik Roshan and Tiger Shroff’s War (51.60 crores) in the next year itself.

Meanwhile, Shah Rukh Khan completes 30 glorious years in the film industry today as his film ‘Deewana’, which marked his debut on celluloid, was released on this day in 1992. Yash Raj Films celebrated this special moment and Khan’s incredible journey by unveiling his guarded look from ‘Pathaan’ through a motion poster.

Stay tuned to Koimoi for more such box office trivia.