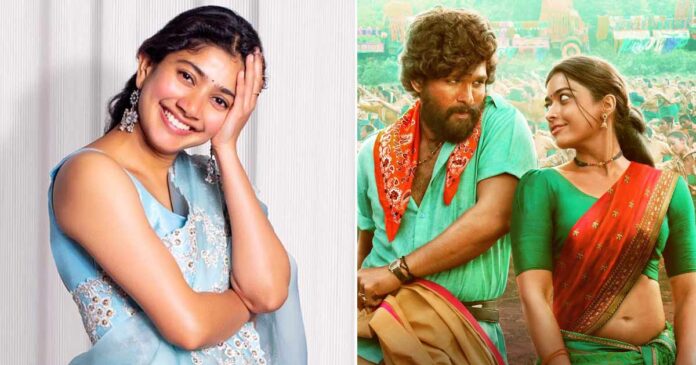 Allu Arjun and Rashmika Mandanna starrer Pushpa: The Rise was released back in December 2021, yet the roar of its success booms today worldwide. It was recently announced that Sukumar and his team are beginning shooting for the most awaited part 2 of the film.

Fans are super excited to know what the upcoming part of the film has in store for them. Earlier many names such as Vijay Sethupathi, and Manoj Bajpayee were making news for reportedly having a role in the upcoming film. However, they have set the records straight by rubbishing the reports. Well, now fresh reports claim another famous south diva is set to enter the Pushpa franchise. Read on to know her name.

Without beating much around the bushes, the lead south actress who is set to star alongside Allu Arjun in Pushpa 2 is none other than Sai Pallavi, as per reports. The reports also suggest that the film’s director Sukumar has approached the actress to play the role of a tribal girl in the upcoming film.

Not just this, the reports also claim that Sai Pallavi has readily agreed to star in the Allu Arjun starrer Pushpa 2 and would commence shooting for the film once her fees are finalized. Yes, you read that absolutely right.

Woah, if the reports are true in any sense, it would be amazing to see a talented actress like Sai Pallavi adding charm and versatility to the film. It is to be noted these reports are yet not confirmed, the makers are yet to comment on the same.

Would you love to see Sai Pallavi playing a pivotal role in Allu Arjun starrer Pushpa 2? Let us know your thoughts in the comments below.

Must Read: Sai Pallavi’s Comparison Of The Kashmir Files’ Exodus & The Killing Of A Muslim Man Carrying Cows Draws Immense Criticism, Netizens Say “How Duffer You Are…”