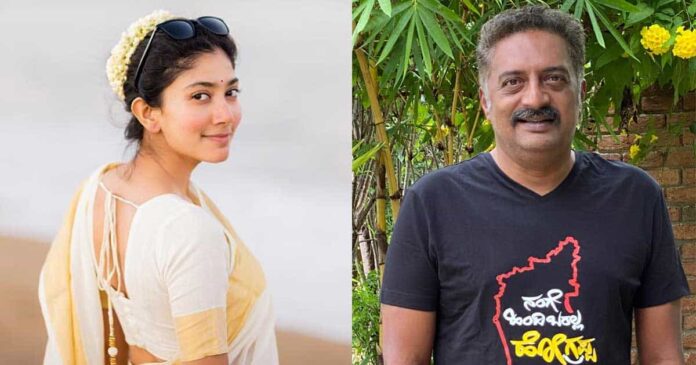 Actor Prakash Raj was among the scores of people who have expressed support for actress Sai Pallavi, who recently had to issue a clarification after a portion of a reply she had given to a question during an interview was taken out of context by a section of the media.

In her clarification, which she put out on social media, Sai Pallavi said: “In a recent interview, I was asked if I was a supporter of the Left or the right-wing and I clearly stated that I believe I am neutral and we need to be good human beings first before we identify ourselves with our beliefs and that the oppressed need to be protected at any cost.”

“Further into the interview, I had quoted two references which had had a huge impact on me and which left me traumatised for days. In fact, after I watched the film ‘The Kashmir Files‘ I had the opportunity to speak with the director. This was three months ago. I remember telling him that I was disturbed seeing the plight of the people at that time and being someone that I am, I would never belittle a tragedy like the genocide and the generations of people who are still affected by it,” she added.

Pallavi further added, “Having said that I cannot come to terms with the mob lynching incident that had taken place during our Covid times. Because I remember seeing that video and being shaken for days. I believe that violence in any form is wrong and that violence in the name of any religion is a huge sin.”

Her clear explanation has earned the actress the support of several people, including celebrities.

Actor Prakash Raj was among those who expressed unequivocal support for what the actress had to say.

Quoting her tweet which had her clarification video, Prakash Raj tweeted: “Humanity first…We are with you Sai Pallavi.”

On the work front, Sai’s Virata Parvam released last Friday. It opened to mixed reviews from critics. At the box office too, the film has performed low during its first weekend.