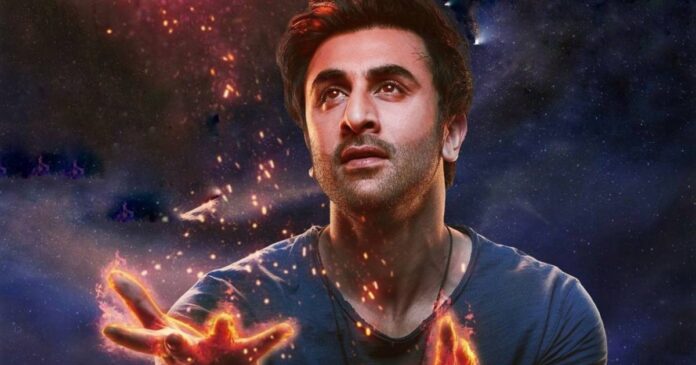 Finally, the time is here for the universe to witness the magic created by Ayan Mukerji. Yes, we’re talking about Ranbir Kapoor and Alia Bhatt led Brahmastra that hit the theatre screens today. It is very well known that the advance booking is on a rampage mode. Scroll below to know how the theatre scenarios look this morning.

Brahmastra marks the first union of Ranbir Kapoor and Alia Bhatt on-screen. The movie also remains special as it will be there collaboration after their marriage. The pre-release buzz has been massive along with songs and promos working really well. The film is made on a massive budget of 410 crores and that’s the only factor that looks worrisome.

As informed earlier, Brahmastra is releasing on one of the best screen space across the country with numbers that go over 8,000. The movie had made earnings of around 11.70 crores gross so far in its Hindi version. Now, as per the early trends flowing in, the morning occupancy is being witnessed in the range of 40-45%.

The movie is living up to the expectations as the early reviews pour in but more than that, what is special is that none of the movie this year has seen this kind of response. Brahmastra could be that one film which will finally revive theatres after the box office failure of Raksha Bandhan, Laal Singh Chaddha, Shamshera and many other Hindi movies.

Meanwhile, Brahmastra also stars Amitabh Bachchan, Mouni Roy, Nagarjuna in pivotal roles. It is also said that Shah Rukh Khan and Deepika Padukone will be seen in cameo roles but that’s a suspense one would only be able to unveil in the movie halls.

Must Read: Brahmastra Box Office Day 1 Advance Booking (1 Day To Go): Ranbir Kapoor’s Film Is Unstoppable As It Hits The Mark Of 3.5 Lakhs In Ticket Sale, Here’s How Much It Has Earned So Far