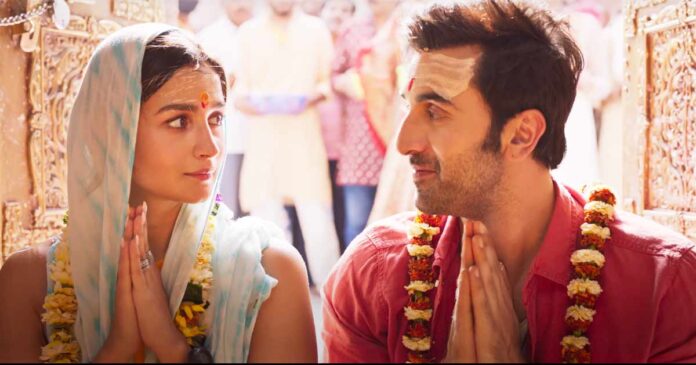 Ranbir Kapoor and Alia Bhatt are riding high on the success of Brahmastra, which was released on September 9. While the film continues to break and create records at the box office, fans have been digging deep and creating theories for its upcoming 2nd and 3rd instalments. Well, very much like their fans the lead actors too have their theories for the upcoming parts of the trilogy. Read on to know more about it.

Apart from the real-life couple, it also stars Amitabh Bachchan, Nagarjuna, Dimple Kapadia, Mouni Roy and others in the pivotal roles along with Shah Rukh Khan cameo.

During their latest interviews, Ranbir Kapoor revealed that he and Alia Bhatt are making the stories of part 2 and 3 stories in their heads. Recently, RK spoke about the most-talked about characters of Brahmastra Part One: Shiva, Amrita and Dev, and the stories of the upcoming parts. RK called himself, Alia and Ayan lucky .

Ranbir Kapoor told Pinkvilla, “I am super excited because we are among the lucky ones to know what the trilogy is and where the story will go from hereon. If I may speak on behalf of Alia, we can’t wait to get these two great actors to play the part of Dev and Amrita.” He also revealed they are keeping a close eye on audience feedback.

“I think, the character arc of Shiva and Isha in the next two parts of Brahmastra is amazing. We can’t wait to explore that as an actor and also have two other energies in Dev and Amrita,” said Brahmastra’s Shiva.

Earlier Ranbir Kapoor had called Dev and Amrita the ‘most interesting characters in this trilogy’ by far in an interview. He had further said it is going to be exciting for any actor to play this part. Adding that Ayan is looking at the larger picture as he looks very concerned. The makers have an inclination in which direction the film is going and it is only providing more excitement and more grandeur to the trilogy.

Must Read: Raju Srivastav Passes Away: Tezaab, Maine Pyar Kiya & Journey Bombay To Goa – A Look At The Comedian’s Filmography