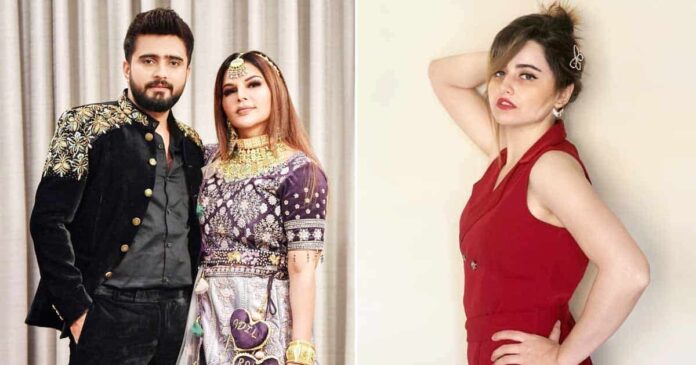 Rakhi Sawant is someone who is full of energy and one who doesn’t hold back when it comes to speaking what’s on her mind. The actress and her boyfriend Adil Khan Durrani recently made the headlines when they were both caught on video dancing before she underwent surgery.

Rakhi, who underwent an operation yesterday, went Instagram Live after getting out of the operation theatre. In her interaction with fans, she not only informed them about how she’s doing now but also clarified rumours regarding Adil marrying his ex-girlfriend, Roshina Delavari. Read on to know all she said.

At the start of the Instagram Live video, Rakhi Sawant was talking about her operation. The ‘Pardesiya’ dancer says, “I am admitted to the hospital. Adil is with me. Pray for me ki mein jaldi ghar chali jaon, jaldi theek ho jaon. I underwent surgery for my stomach but I am fine now.” She continued, “I was waiting for this operation for 2.5 years. I couldn’t do it due to Corona and then I went to Bigg Boss. Gaanth thi ek, it has been removed now. Before next Bigg Boss I thought mein operation karwa lun.”

During the live session, Rakhi Sawant praised Adil Khan Durrani for being there by her side at the hospital and also revealed that he cried once she was out of the operation theatre.

Get well soon Rakhi. We wonder now what Roshina will have to say.