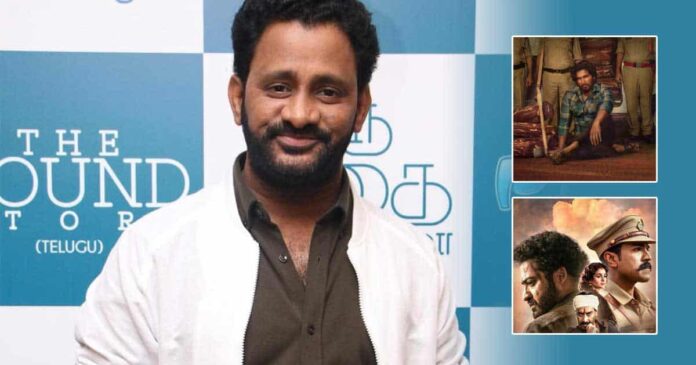 Resul Pookutty, who is an Oscar-winning sound engineer, recently came under everyone’s radar after he called RRR a gay love story. Although he clarified his stance but still he faced backlash including from the Baahubali producers. He earlier worked for the music of Allu Arjun starrer Pushpa and now netizens are demanding makers to remove him from the upcoming movie.

For unversed, RRR is a fictional period drama, directed by SS Rajamouli and features Ram Charan and Jr NTR in lead roles. The film received a tremendous response from the audience and went on to earn over 1000 Crores at the box office.

If you aren’t aware, director Munish Bhardwaj in his tweet recently called RRR ‘garbage’ and replying to his tweet, Resul Pookutty labelled the movie as a gay love story. After this, the sound engineer faced major backlash and netizens are even demanding Allu Arjun and Pushpa makers remove him from the sequel.

Soon after Resul Pookutty’s tweet went viral, netizens want him to be removed from Allu Arjun starrer Pushpa 2. Reacting to the same, a user wrote, “#RemoveResul from Pushpa-2. Resul Pookutty lacks basic decency and he cannot be allowed to work in Telugu after his derogatory remarks on RRR and Rajamouli. Sukumar and DSP have to take immediate action and remove him.”

Another wrote, “As a keralite this is just embarrassing. RRR is the pride of Indian cinema . @MythriOfficial @PushpaMovie please remove him from #PushpaTheRule,” a third user wrote, “@MythriOfficial If you have any respect towards your TFI and its heroes, you should ban this GaUy from Pushpa movie”

Pushpa: The Rise, which was released last year, went to become one of the most successful and highest-grossing films of the year. Allu Arjun and Rashmika Mandanna are currently gearing for part 2, which is set to go on floors very soon.

Be a part of our community to get the latest Tollywood news, Kollywood news & more. Stick to this space for the regular dosage of anything and everything entertainment! While you’re here, don’t hesitate to share your valuable feedback in the comments section.